Adam Beyer very much lives and breathes techno. His Drumcode label has therefore become one of the scenes leading lights.

Its annual festival on Saturday 24th August and Sunday 25th at the NDSM docklands in Amsterdam is a real celebration of that sound and all the key acts.

We were there for another majestic event and here were the five most impressive acts.

Adam Beyer
The boss man was always going to be impressive in home turf. He stepped up and got a great reaction from his adoring crowd as he started to work the decks. His drumhead tunes really picked up the energy levels as he worked his way through a set of old and new gems. Utter class.

Secret Cinema
A Dutch legend who plays all over the world was met with a mad reaction. He then proceeded to show why he is such a boss level techno star with a slick and sleek mix of atmospheric tunes, powerful drums and synths that get hands in the air. It was a real standout set amongst many.

Amalie Lens
Amelie is a returning favourite who has always made her mark at this event. She has grown into a real superstar since her debut and is on fire today. She goes dark, hard, with long mixes and unrelenting techno pressure. We love it.

Ida Enberg
Ida is the Drumcode queen and shows why with her set, which was with Adam when opening up the Sunday. She goes for a superbly funky take on techno that has plenty of hadst in the air moments, some darker vocals and bright synths. Her hardcore fans pack out the front of the arena and give her all the love she deserves.

Bart Skills
A Dutchman playing in Amsterdam will also be impressive. This veteran was no different as he showed a fine mix of old and new. Dropping some classic cuts next to more forward looking and sleek future techno he is raw, aggressive, and arresting. Excellent stuff. 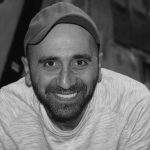 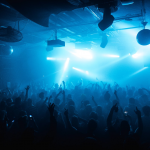