We were lucky enough to recently catch up with native Bulgarian, now based in Oslo, Norway artist, Ivaylo. Owner of Bogota Records, and resident of Jaeger Oslo….

– How long have you been involved in music?

I had my first DJ gig in 1989, playing on cassettes. I brought a small note book with me that I had wrote all the track time lengths in so I could quick change the faders on the double cassette player at that time..LOL! Music has been with me in so many forms, since I have been kid. I played piano for a couple of years at my elementary school (this doesn’t mean I’m a piano player), played drums for few years in my early 20’s. Also my dad had a huge influence on me as he used to work on a trading boat back in the communist time in Bulgaria and each time he came back from some months travel to the “west”, he would bring some vinyls as well as reel to reel tapes with disco, funk and rock recorded on them.

In 1997, good friends of mine opened the first club (after the communist time) for electronic music in Bulgaria – Comics! Since that happened I have been actively involved in particularly underground music. I was doing a big part of the programming at Comics and had the opportunity to meet incredibly many amazing producers and world renowned DJs at that time, mostly people from USA. I would say, the years I spent at Comics in Varna was my gate and biggest awakening entering into the dance music industry. I met my earliest mentor Johnny Fiasco at Comics as well as so many other great talents, who with the years became good friends!

Lets say i have been involved in music 30+ years 🙂

– What would you say are the biggest changes in the industry since you began your journey?

For me the biggest change is the Technology! The change and the progression of technology, creates so many new paths and ways in everything from music production to participation into the industry – for good or bad 🙂 It is interesting for me to see, how the technology progression shape all of us and the way we act or the opportunity of being able to express yourself through music. I would lie if I say the the social media movement and all the aspects around it haven’t changed and affected drastically the whole industry since the time I started with music, but hey, that’s the future! Good music is good music, doesn’t matter what changes you follow or what you feel (and hear).

– How does it feel to be releasing on your own label again ‘Bogota’? This time with a classy remix from Hugo LX?

It feels actually super naturally great! I have kept those two tracks for a long time in my studio and just waited for the right moment, to get them out. As a label owner and A&R you have to kinda have things separated and keep focus on what is best for the label. Although I’m working full time with music production and have hundreds of ideas, I have to also separate myself from the creative process and what actually should come out on the label. The fact that Hugo liked this release and accepted to jump on board with a remix made the project more than right for me and the label. As Bogota Records always keep course into house music and with every release been bringing some deep house soldiers to the table mostly in form of remixes, Hugo LX, made all this literally XL!

– The ‘House Moult’ EP has some powerful groove to it, something we hear time and time again in your sound. What do you use to make these killer grooves?

I’m an old Reason user and so on nowadays, often I use Reason’s machines linked to Ableton as I find Ableton easier to use when writing music. In most of my productions, I’m using 909 sounds (a lot), I have a microKorg in the studio (borrowed from Prins Thomas…lol) and an minibrute Arturia for some weirdness 🙂 Talking about groove, I’m a sucker for percussions and spending lots of time on them into my productions. I guess this where the groove comes mainly from. I write the bass lines often from the miniMoog or (funny enough) my sons el-guitar. I love to work on sounds and manipulate them afterwards, so that is what usually happens, after I play a bass line. Lucky enough, we have an old Rhodes piano at Jaeger, so from time to time I’m recording what I need there..

– You have had a busy year with releases on Full Pupp and Kwench, are these two labels you aspired to be on for a long time? Congratulations on both of those releases.

Thank you! You know with the time and experiences spent in the music industry, you grow up with your own sense of sensitivity to whom to work with and which sound defines you best. Both Prins Thomas (Full Pupp) and Cassy (Kwench) have become good friends through the years and as I see my musical spectre in many colours. Those are the labels I feel most comfortable to be free and share creative flow, with a mutual understanding flowing back to me. At the moment, I’m working mainly with Full Pupp in terms of longevity. Most possibly, new material will go to Kwench too but as for the moment I can’t confirm this!

– How did your role at Jaeger Oslo come about? What is an average day in the office for you?

I was doing the day parties on Saturdays there to begin with and as I lost my daily job at that time having a newborn baby, I needed the extra money from driving guests coming to the club. I was just a driver and a resident. With the years, all that changed. As I have been a traveling DJ for many years, I’ve had huge experience from our previous Comics club in Bulgaria, I knew many people in the industry and knew exactly what a guest artist would love to arrive to in regards to give 100% of her or himself at time of performance, I simply raised the level of hosting people. I guess many clubs around the globe don’t realise how important is to make someone who is traveling on weekly basis to feel home when they are in a different and unknown place. With the time and effort I put in taking care of our guests, I eventually became officially the artist host and logistics responsible at Jaeger (besides my residency). As per today, all the logistic matters for international guests goes through me and as we are booking almost a year ahead, you can imagine the amounts of information to be handled. Asking me about average day in the office, I would say there is no average in my case. I’m a full time music producer on the top of my work at Jaeger and having a studio in the basement of my house gives me the opportunity to choose working from home or in the office at Jaeger. I usually spent 3-4 hours everyday in communication arranging the club bookings in regards to logistics. It is an interesting job as I’m in constant contact with different agents and in general people involved in the music industry. I’m not saying it is an easy job, as handling the different people / artists needs and keeping balance between all parts could sometimes be challenging which on other hand makes it interesting 🙂

– If you could choose a couple of artists to keep an eye on in Oslo, who would they be?

I would say without blinking Magnus International. For me he is one of the many underrated artists. Brilliant producer and one of my favourite DJs out there. There are very few people who can surprise me in regards to music style and way of mixing, Magnus is definitely one of those, who would take you on a musical trip without you even noticing how you ended up there.

Another one to keep a eye on is on Kim Durbeck! Great producer and forward thinking person. We are releasing an remix from him on Bogota Records this year so watch out for that!

– Moving forward what labels would you like to release on?

Honestly, I don’t have ambitions driving me into desires of wishing to release on labels, only for the sake of popularity. I believe good music is good music and it will always find its right way. There are so many amazing labels out there and people running them, I hope my music will makes its way to some of them 🙂

– What else is going on in the world of Ivaylo?

New 12″ in the pipeline for Full Pupp, coming out sometimes in November.

I’m also working on an album which will hopefully see the light sometime next year.

We are also releasing a new 12″ from Jarle Bråthen sometimes in October on Bogota Records. There is a remix I’m working on for one of the originals.

Guys, Thank you so much for this invitation! I really enjoyed the questions! 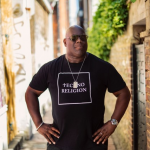 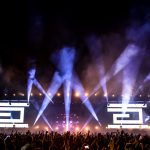