I am so happy about my debut on Terminal M. I have been wanting to release on Monika’s imprint for a while and was so happy when she signed my 4-track ‘Rebirth’ EP. ‘Pursuit’ in particular is very powerful club banger and I have been playing it in most of my sets for almost half a year, I can’t wait to see what it does in the hands of other DJs and Producers alike.

I love the boys from Joyhauser. Apart from being awesome dudes, their music is very distinguishable and they always work wonders when I play them. This track I think is very important to them and it was also the first track I had heard from them. Love at first sight.

I have been playing this track for some time now and I just love the synth work that both Monika and Timmo have done on it. It’s straight forward and cutting edge while still being melodic. Love it.

This is one of my favourite tracks from Kevin. He’s such a nice guy also, always in a good mood when I see him apart from being a great producer on the rise.

I’ve been a fan of Skober’s music for a while and this track never disappoints. I like the general vibe and I have been playing this one for a while also.

I remember when Victor did this remix, it was a very interesting time in both his career and mine. Apart from being my best friend I love most of what he does. I still play this track sometimes and of course it still works wonders.

I’m a big fan of Timmo. I also played this track for a long time and still do sometimes. I think this was one of the first tracks he released on Terminal M and it was because of this track that I became aware of his work. Love it.

Stevie is an all-around great guy and I love his music. We have been in contact since I heard this track for the first-time last year. It’s been a pleasure to see him evolve musically and I’m also very excited for what the future brings to him. I’m sure it will be great.

I have had the pleasure to meet and become friends with these two awesome and funny dudes. I love their music and vibe and have been supporting many tracks from them through the years. It’s always good to have their music on the dance floor because it always makes people smile.

Veerus has a very unique style of music and I think that is one of his best attributes. It brings something different into my sets and breaks up for a different vibe. I remember when this track came out and I was quite impressed with how versatile he is. 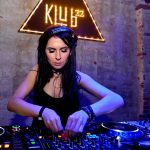 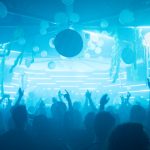