André Galluzzi has spinning vinyl for over 25 years and held a string of residencies at legendary clubs like Tresor, Ostgut and Berghain.

On the past two decades he’s made high profile releases on labels like Cocoon, Ostgut Ton and Highgrade; plus became co-founder of Taksi Records and then finally took like plunge to head up his own label Aras.

In 2012 André launched his own party event ‘We Play Vinyl’, a statement of dedication and support for vinyl records and the turntablist DJ artform. Inspired by his second home base London, several productions followed, for labels such as Cadenza and Bar 25.

In January 2015 Galluzzi released his debut solo concept album Alcatraz on his own imprint Aras, which created a storm of media attention.

He teamed up with Guido Schneider and returned to Sven Väth`s Cocoon with a further masterpiece ‘Mario’ back in March 2015, which was followed by André’s ‘The Nine’ Remix and licensed to Sven Väth’s sound of the 17th season mix compilation back in November 2016.

One things for sure, revellers at Watergate should be in for a good night. Click here to purchase tickets. 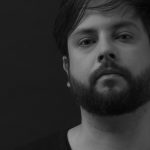 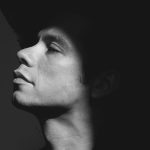