Felix Cage’s romance with deep house grooves and warm melodies have won him many fans over the course of 2017. We caught up with him for a quick chat.

Tell us about you Felix

Felix Cage: I am currently based in Brussels, Belgium and have been producing for around 7 years and djing for over 10.

Felix Cage: My first real gig was at Fuse club in Brussels. I played the warm-up and although I had trouble putting the needle on the record as I was so nervous. The crowd was pumped after my set, so I guess that went really well.

Felix Cage: Well it’s a tricky one. When do you start the countdown? Getting started was sort of easy, but finishing a track was another thing. So I’ll say that I really started producing when I finished “Nightcrawler” which was my first really finished track I was happy with at the time. And it took me from that moment up to now to get to my current standards. That being said I am definitely pushing forward and still learning, trying, testing, exploring. It is a never-ending process really.

Talk to us about your latest release “Arcadia” on Electronical Reeds and the inspiration behind it.

Felix Cage: “At the end of their lives, all men look back and think that their youth was arcadia” – Goethe. That would be a great punch line for the EP. Remembering our youth as utopic is something we all experience at some point. Also I make reference to “Arcadia of My Youth” which is an anime film depicting the origins of Captain Harlock. I remember being a fan of this saga when I was young and I guess in a way I still am.

What’s the music scene like where you’re based plus how often are you playing?

Felix Cage: The music scene can be really slow around here but overall I would say it is picking up in Belgium. I have not played much this year as I was busy with our label and studio mostly but 2018 looks very good. I will be closing 2017 with Electronical Reeds showcase and Ketaloco crew in Brussels and after a couple of weeks off I will be back on the road, starting 2018 at Kater Blau in Berlin on January 21st.

Felix Cage: The biggest lesson I learned is that you have to be consistent as things are moving so fast and people can easily forget about you and move to the next thing if you are not pushing forward all the time. Also, network is everything.

Felix Cage: It is difficult to get attention especially when you are starting out. I was lucky to sign on Electronical Reeds quite early on and the label supported me ever since which is huge. That allowed me to write and release music with them and in turn I later had something to show when I was talking to different people in the industry. As I mentioned network is everything, getting to know people is very important. Be yourself though, no need to overdo it. And don’t wait around for things to happen, you have to try and get it yourself. Also don’t turn around things, be more direct when it is appropriate. If you want to send a demo, do it. If you want to ask something, do it. A direct “no” is much better than a “maybe” I think.

What new stuff can we expect from you in 2018

Felix Cage: I am expecting an exciting 2018. I have some really nice tracks I am finishing now and I am already talking to a couple of nice labels about the releases. My touring is picking up. Our Electronical Reeds label has some great music in the pipeline. We also prepare something special event-wise here in Belgium. So overall it is going to be a great busy year! 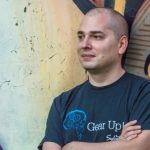 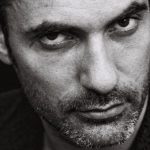