Barbuto reworks the Filterheadz track “Hyperdrive” into a dark and dramatic cut of peak time techno perfect for the dance floor.

The latest release on Hollen’s label Prospect Records is from Belgian duo Filterheadz who for more than a decade have been a prominent feature in the world of electronic music. Their tracks often have uplifting melodies combined with pounding percussion loops.

Filterheadz latest release on Prospect Records is trademark of their style, hard hitting with an ominous vocal that contrasts with the euphoria of the breakdown.

Alongside the original is a solo remix from America’s Barbuto whose music has also been a feature of labels including Christian Smith’s Tronic, Sasha Carassi’s Phobiq and Sian’s Octopus.

Cutting away the euphoria of the original, Barbuto makes sure his aggressive remix uses only the darkest elements of the original, and adds focus to the grinding bassline which becomes the tracks main feature.

We have been lucky enough to premiere the Barbuto remix, and you can pick up a copy from HERE. 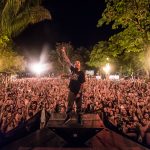 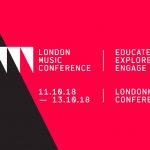