Balkan Connection returns this week by welcoming Bastiano to the label for his debut appearance.

The German artist has been a staple of The Purr Music since his debut in April of 2015 and has gone on to release two EPs and a remix over the last two years. Now he brings his deep house sound to Balkan Connect ion with a brand new single alongside remixes from Jelly For The Babies and Monojoke.

This is a bit of a different releaser for Balkan Connection and that’s great to see. Generally thought of as a pure progressive house imprint this original comes in decidedly more tech house / techno oriented. Complete with very ‘sound of now’ arps and a blocky clap it’s refined, detailed and perfectly dialled for the dance floor. Some interesting vocal elements make for a trippy break while shifty modulation brings a touch more wobble. Not without its poignant moments the build towards act three does bring some emotive chord changes before ultimately getting stripped back for a groovy finale. Strong stuff from Bastiano.

It’s quite fitting that Jelly For The Babies is one of the remixer choices here as Bastiano has been such a big part of his imprint The Purr Music. He strips things down for a high quality, late night slice of deep house. Hypnotic and spacey in all the right ways it flows through a myriad of rhythmic designs before a short break and scaled back middle section lift the atmosphere and anticipation even higher. Brilliant remix from Jelly For The Babies.

The release concludes with Monojoke bringing us back into progressive house territory with another monstrous remix in his own inimitable style. Big, bold and burly just as you’d expect but the break is where things really get interesting. A washed out soundscape of noise builds as dulcet motifs hit just the right notes, before the groove does finally drop and those spiralling synths take you home. A big remix from Monojoke to round out a diverse release from Balkan Connection. Don’t miss it. 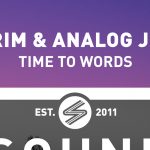