Hailing from Argentina the sometime studio partners have enjoyed much success in recent years, most notably with releases on Dopamine Music, MNL and Soundteller Records, all of which earned the praise of Nick Warren and Hernan Cattaneo. Now making their first joint appearance on Just Movement Eziquiel and Nicolas present their ‘Denab’ EP alongside remixes from Li-Polymer and Gvozdini. The Argentinean duo have always presented fresh ideas and the title piece ‘Denab’ might be one of their most intriguing creations to date. From its dark chugging groove and rattling percs there’s an ominous tone at the outset. Drifting atmospheres and indistinct vocals soon trail through the framework before the main break brings a moment of brightness. Ethereal melodies and smooth chord changes flow forward as the vocal narrative expands making for an even more emotive conclusion.

The first interpretation is provided by Li-Polymer who is making his first appearance on Just Movement. The Portuguese artist rose to new heights in 2016 with a revamped sound and showcase EP on Hernan Cattaneo’s Sudbeat Music. Now making his much anticipated Just Movement debut Li-Polymer brings more of his creative magic with a top notch interpretation of ‘Denab’. The reworked groove goes deeper while a smooth melodic narrative proves quite cosmic. Tension filled tones wane as the breakdown evolves, before a trail of broken effects and sparkling motifs revives the groove for a mystical drop. Another unique and inspired creation from Li-Polymer.

The second and final interpretation of ‘Denab’ is provided by Gvozdini who is making his second appearance on Just Movement. The Ukrainian artist first appeared on the Dutch imprint in July of last year with a remix of Pablo German’s ‘Believe’. Now making his much anticipated return Gvozdini takes ‘Denab’ into more driving, peak time territory. Backed by a warm fluid groove and bands of trippy effects the piece flows through a myriad of hypnotic motifs making for an intense first act. Warm chord changes initiate the main break as kaleidoscopic designs and haunting vocals lead to a gorgeous drop and emotive conclusion. Lovely interpretation from Gvozdini.

The release concludes with a second original entitled ‘Optem’ which finds Ezequiel and Nicolas crafting a darker, percussive and quite menacing creation. Aggressive bass tones, rough stabs and tribal tinged drums ultimately fuel the drive but it’s the main break which brings the most drama. Shifting noise and sonic decay offset the rhythmic narrative before eventually dissipating for one mammoth drop. A huge production from Ezequiel and Nicolas to close the release out with a bang. As 2017 moves forward Just Movement continues to rise. Highly Recommended. 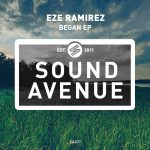 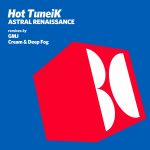