The latest release on Balkan Connection welcomes Hot TuneiK back to the label for a brand new EP.

The Mexican artist and Hookah Records label boss last appeared on the Serbian imprint in January of this year with a remix of ‘Nightland’ by Jelly For The Babies. Now returning for his first original project Hot TuneiK presents ‘Astral Renaissance’ alongside remixes from GMJ and Cream & Deep Fog.

Hot TuneiK had a stellar 2016 which has only carried over into 2017 with releases on Dopamine Music, Stellar Fountain and his own Hookah imprint, which all dominated the Beatport charts. His two originals here showcase what people have come to love about his music. Groovy bass lines, organic percussion and modern motifs all wrapped up in a progressive state of mind. The lead piece ‘Astral Renaissance’ showcases those traits and so much more with a break which goes from melancholic to dramatic before a dark drop initiates a dynamic third act. The companion piece ‘Ancient Voices’ comes in deeper and more mystical which sits as a nice complement to the dark punchy lead track. Ethereal atmospheres, tribal drums and a cool, laid back groove make for a smooth journey. A vocal motif during the main break takes it into celestial territory quite nicely and it’s used sparingly which is the key as the third act keeps things dark and chugging. Beautifully crafted music from Hot TuneiK.

Balkan Connection once again delivers big on the remixer front with GMJ and Cream & Deep Fog both providing excellent interpretations. Aussie artist GMJ continues his progressive dominance with an even dreamier redition that takes the great elements from the original and reshapes them into an emotive haze. Excellent character on the percussion and a bevy of effects are definite highlights but like most GMJ tracks there’s a strong rhythmic core here which carries a great dance floor sensibility. Gorgeous remix as usual from one of the most creative artists out there.

Cream & Deep Fog close the release out with an equally impressive interpretation which comes in a bit tougher but just as dreamy. A punchy kick and fluid bass line make for a smooth, melodious low end while bands of effects and melodic motifs steal the air. The main break is perhaps the most epic moment on the release with euphoric synths providing all the magic you could ever want. Big but classy and definitely one for the pure progressive house aficionado. A monster remix from Cream & Deep Fog to close the release out. Definitely one of Balkan Connection’s best offerings this year. Don’t miss it. 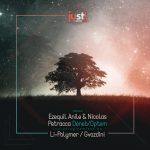 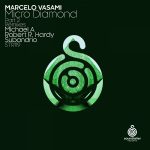