The latest release on Superordinate Music finds the label showcasing new interpretations of ‘Feel It’ by Dmitry Molosh.

Originally released in August of 2015 as part of the ‘Feel It’ EP, the track still sits as one of the finest to every grace the Superordinate catalog. A new set of remixes was unveiled in January of this year and now as the spring season begins we see part two with GMJ, Monojoke and Ilya Gerus providing new interpretations.

The release begins with GMJ making his second appearance on the label after remixing Robert R. Hardy’s ‘Sensus’ in September of last year. As one of the most pure progressive house producers in the underground the Aussie artist always seems to find a way to bring something new and creative to each project. I feel like he’s been going a bit deeper and more atmospheric of late and the trend continues here. The beats are delicate but punchy and as always there’s an ever evolving storyboard which compels you to keep listening. The break brings the most profound moment of beauty with warm, creamy textures and waves of melodies setting up what is a truly gorgeous conclusion.

Next up Monojoke returns to the label for his fourth appearance. The Polish artist has found great success this year with his Fluente project (in conjunction with Tuxedo) having releases on Hernan Cattaneo’s Sudbeat Music and Hot Since 82’s Knee Deep In Sound. Here he brings his distinctive sound to ‘Feel It’ with excellent results. First off, the running vocal sample adds a nice housey touch to the moderately progressive framework and as the track progresses you start to hear much of what Monojoke has become so loved for, his electric design profile and vortex-like melodies. It’s big, bold and unabashedly so with continual drum rolls and waves of atmospheric noise taking you further into progressive heaven.

The release concludes with Ilya Gerus returning to the label for his third appearance. The Russian artist last appeared on the UK imprint in April of 2016 with his ‘You Know’ single. 2017 releases on Incepto Music and Sound Avenue have been well received and he turns in a great interpretation of ‘Feel It’ to close out the release. Coming in deeper than the previous two versions it sits as a wonderful addition to the release. Tribal infused drums and a loose, lazy cadence meld well with trails of vocal effects before a hint of emotion shines through in the break. A fitting end to another great remix pack from Superordinate Music. Don’t miss it. 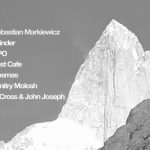 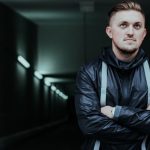