Spartaque is an Ukrainian techno DJ and Producer whose labels have become synonymous with their raw and high quality output over the years. We catch up with the man himself to chat about his imprints.

Spartaque, thanks for taking the time out to talk with us. You have the two labels, I Am Techno (IAMT) and Codex, what’s the reason for having two and do you push one more than the other?

Spartaque; indeed, now I have two labels – IAMT and Codex. Regarding IAMT; I realised it was time to launch my own imprint around 6 years ago. At that time I was playing techno with some elements of minimal, progressive; more of a commercial sound. Friends of mine, major event promoters Virus Music, wanted to make a techno fest in Ukraine at that time, so they asked if I would like to incorporate the festival and the label into one brand. They had this name for it, “I Am Techno”. I agreed to that idea so the label began.

As times began to change, I noticed that techno trends were moving in a slightly different direction, so about two and a half or three years ago, I decided to drastically change my style. I decided to launch another label titled Codex to showcase the music I wanted to play and produce.

The idea was only t release my own productions but now I’m planning to expand the list of artists. I’ll get down to this point a bit later…

As for IAMT, it has caught up a lot in terms of its format, and I really love the demos people send me.  This week, I approved five releases, really cool ones. So I really like a lot the music released on IAMT and I hope this trend will prevail. But anyway, IAMT is a more open platform.

You have just released your first vinyl release on Codex Recordings, do you think it is important for a techno label to release vinyl to bring more credibility for the label?

Vinyl was an investment for the future. It builds the reputation of your brand, the label, not only in the eyes of DJs but also the artists, the media. I believe we have achieved our goal and are rolling pretty well. And although it’s a rather costly, I’m absolutely glad we did it. It’s no secret that vinyl is now experiencing a renaissance, when many DJs are revisiting analogue, so I’m glad we can offer them a vinyl product for our music. Frankly speaking, it’s truly a kind of magic… the pleasure you get when you listen to your tracks on vinyl is really hard to describe verbally. That is something you need to experience for yourself.

Are there any other reasons you wanted to release vinyl for the label?

The decision to play on vinyl has changed in many ways my attitude to it as a DJ, and I’m glad it did. Starting this week, I’m planning to play my studio sets completely on vinyl, and it’s the kind of emotion that is worth a lot. I’m really happy, and now, when I’m signing with other labels, I always ask their managers if there is an opportunity to release a vinyl record with my tracks. I’ll repeat that vinyl has allowed us to make our label more attractive to top artists, which is truly important both for the sales and the label’s reputation. I think it’s a step ahead of the existing trend. I’m absolutely positive that the interest in vinyl records will keep growing and this trend will prevail. Whatever they may say, it’s a physical copy of a track, and these feelings are really precious. Of course, for our vinyl releases, we will be doing a couple-months head start to make this thing more attractive for those who have not yet played on vinyl. We’ll see how it goes, but overall, I’m optimistic and confident about the future and I think that all these steps will yield great results.

Codex is a label that you release a lot of your music on, are there any plans in the future to release music from other artists?

Yes, that was the initial idea. Codex was created firstly to show my musical transformation, and when I was launching the label – and you can see it by the first releases – I thought to release personally and attract my friends, great artists, but now I chose to change the concept a bit and open the platform for a broader range of artists. But anyway, if we compare Codex with IAMT, with the latter label I constantly accept demos and we are ready to listen to and discuss them. In regards to Codex, I mostly invite artists myself, so it’s more limited. But once again, this does not mean no artists will release on that label other than DJ Spartaque. These doors remain open, and I’m in a constant search of fresh material and new names I’ve not heard of before. There is a couple of artists now whose production I’m astonished with, despite the fact of their rookie status, I believe I’ll be able to work with them to have them released on Codex.

Do you think for a record to be successful it has to be promoted well? What do you think is the most important aspect of promotion? Social media, PR, DJ promo, blogs or any other aspect?

Indeed, now we are living in times when the product that is not being promoted can remain unnoticed. This is an epoch of marketing, social media, various promotion strategies. Top labels have already accumulated significant fan bases, popular profiles on social networks followed by a huge number of people. So, it’s natural that once you sign with such a label, you already get a significant credit of trust among their followers. Perhaps, it’s easier for the big labels to compete in this regard. But my Codex and IAMT are not that big yet, and it’s really important to work out a strategy for each single release. I believe that all channels matter. Social media means direct contact with your audience, DJ promo means qualified feedback for your tracks, and that’s important, too. Platforms like Soundcloud, blogs, classic media – they are all important as well as it remains a classic PR that is working for the brand’s reputation. I think that a balanced promotion strategy plays a great role nowadays.

What are your plans for the labels for 2016 and further ahead?

Everything has been tightly scheduled for both labels. As for IAMT, we have approved releases up to No.121. The next one will be a track by a great Croatian sound producer Adoo which I remixed. That’s a really cool piece. I tested the original version a lot, and it worked each time. People like it, I like it, and that’s what matters. We are expecting a big Various Artists compilation, we have already confirmed releases by D.Mongelos, Devid Dega, Julian Ess, Groovebox, Tom Laws, and I even have an idea to release my EP on IAMT. The label is developing, it’s working well, and I’m happy about it.

As for Codex, it’s also looking good, as it should be. This week, we’re releasing Italy’s Mr Bizz in a mix by a very talented French guy [ Wex 10 ], then M Fukuda is coming up with a release titled Arnold and mixes by David Temessi and Mattew Jay. Then we have a joint release with a very talented sound producer Alan Wools and two joint releases with Skober. There are other producers from whom I’m awaiting mixes and their solo tracks for the label, but I’ll get down to it later.

Do you plan to put on any label showcases? If you were to do some, where would you like to take Codex to?

As for the showcases, it’s logical that you do things like that. We did the events in Kyiv but now we suspended this activity because I was not very happy with the venue. Probably, soon we will have another interesting location in my native country where we will be able to set up parties by Codex. I admit that we might do such parties in Europe. We are now in talks with a number of clubs. But once again, I would better to nurture my labels a bit more, and then move forward to showcases. I want to do something interesting and thrilling right from the start rather than start with little things hoping to grow. I want to win the hearts of my audience in big and confident steps.

Do you think it is easier as an established DJ/Producer to run a label than it is for somebody less established or doesn’t produce at all?

I’m more than sure that no young artist should ever launch a label. You first need to form a wide number of acquaintances, gain experience by releasing on other labels, and only then start thinking about your own imprint. It often happens so that the artists make a huge mistake by launching their own label without first releasing pretty much anywhere else, and in this case, neither the label nor the artist will develop. So I believe it would be a much better thing to launch a label once you gained some weight in the industry. Until you have such weight, friends, experience and understanding of what should be done, it’s better not to get in that river. I admit that there are some exceptions, there might be some very talented managers, guys who learn quick, are able to achieve top result right from the start but they’re a real exception.

Thanks for speaking with us! Lastly – Can you give us one piece of advice for people that want to start their own label?

Thank you for the interview! I could reiterate the idea that before starting own label one should set their goals clearly. What do you want to do? How are you planning to do it? See, any label is a brand, which includes various aspects like event making, merchandise, and most importantly, releasing interesting music. It is very important to understand what you want to release and what your target group is. You need to find your own niche, your own way. Of course, you should be aware of general trends but you mustn’t forget about retaining your own authenticity. If you have this concept in your mind or, better, if you’re able to write it down, then go for it! I wish you luck! If you’re not sure of what you’re doing and how you’re going to do it, it’s better to wait and not do anything in a rush. It’s better to do something well than simply doing something. That’s my advice. 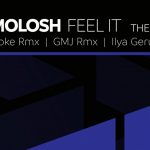 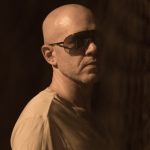