To say 2019 has been a landmark year for Cristian Varela would be somewhat of an understatement. Following the critically-acclaimed launch of his 25-year career documentary ‘Music, Passion & Respect’ back in February, the pioneering Spanish icon ­has had a prolific nine months to say the least. With releases on Black Codes Experiments, Induxtriall Records as he continues to justify his position as one of the most influential artists on the techno circuit – both in and out of the studio. 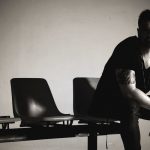