Yann Lean and Madben have both had strong solo careers of their own. The pair joined forces to create Trunkline – a special project which has garnered some amazing releases so far. We catch up with the guys to find out more.

Trunkline: 2017 has been a productive year for us. We played few gigs with our dj set and with our hardware based live act. We also have worked on loads of new tracks for Trunkline and we received loads of cool support by headline techno artists.

Trunkline: This “Rave jam” EP was made after a few days of work in our studio, where we had tested some new hardware stuff and the new studio’s configuration. We like to work on the fly with the different gear we use during our studio’ session, and the tracks made for “Rave jam EP” are definitely the result of this approach.

You both have a fair musical history before the Trunkline project came to life last year, what can you tell us about that?

Trunkline: Indeed, on the first side, Ben has been highlighted with his solo project “Madben” for a few years now. He signed loads of EPs on several labels such as Astropolis records, Inflyte, Off recordings and he recently has been remixed by Slam, Basic Soul Unit, Cyrk and more. He will also release his first album this year with some nice collaborative artists on it.

On the second side, Yann, known as “Yann Lean” signed on KMS recording and Espaï and had some remixes from Traumer and Madben. After a little break from his own project, he is actually redefining is musical approach and will release new ep’s on Astropolis records and A-traction records this year. He is also the sound engineer & does the mixdowns for the “Madben” project.

We understand there is a Trunkline live show or 4 deck Dj set up, how has that been going?

Trunkline: Very well for the moment, we played some gigs in clubs and festivals in France and elsewhere. We started Trunkline’s project about a year ago and we had the chance to play at the famous Rex club in Paris, in Switzerland and again on some very nice stages of big French festivals. For example, our 1st live show was at Astropolis last summer, and the latest was last week in the south of France for Rex electronic festival in Toulouse alongside some nice artists such as Emmanuel Top and Slam! Our next show will be in the north of France in a city called Dunkerque next week… and with our live act again!

Concerning our live act, we like to speak off the cuff, playing some spontaneous sequences on our synths and jammin’ with our drum machines. It provides some great and spontaneous energy with the crowd!

Which artists and labels have had the most influence on your musical development would you say? From childhood heroes through to your contemporaries?

Trunkline: From childhood’s influences, it will be artists such as Dave Clarke, Surgeon, British murder boys, Ken Ishii, Dj Pierre, Regis, Jeff Mills or Dj Funk. Besides, we had the chance to see some of them supporting and playing our music… For example, the Baron Dave Clarke played our tracks in most of his latest gigs and also has put a track from Trunkline 02 in his techno top 10 tracks of 2016.

In terms of contemporary influences, it will be artists as Alex Bau, Peter van hoesen, Stanislav Tolkachev, Tensal, Developer, Blawan, Randomer, Shxcxchxsh, Paula temple and many, many more!

What are your passions away from the studio and the DJ booth?

Trunkline: To geek on the hardware synth (oooops it’s still music and studio haha), tasting some great food during our gigs, drinking nice beers & wines, meeting people, Ben also likes to fish and he likes nature… far away from the loud sound of the speakers 😉 Yann also works on video production for commercials. As a real epicurean guy, he likes discovering new stuff on food, wine, beer, friends and sex (so french hahaha..). The best thing for him to recharge is leaving Paris to his Britany roots in front of the ocean.

France has always been a hotbed of musical talent. What’s the scene like in your home town/city?

Trunkline: The scene is so strong in Paris! You can listen any type of music here any day of the week. There’s also a big revival of “Rave” parties where the techno music is banging from the soundsystem. Loads of kids seem to enjoy what we discovered a few years ago in Belgium or in Netherlands and a little bit in France at that time.

What have been your personal career highlights so far?

Trunkline: We have had many gigs in France and discovered a great part of the French scene. We had a gig in Switzerland and we wish to play more outside of our country. We had a great dj set in Strasbourg (France). 3 hours in front of 350 packed dancers full of smile, energy jumping and banging during all the set. It was raining inside! really! We also had 2 great Live acts which were highlights. The first one was the first time we played during the famous Astropolis Festival in front of 3000 people outside. The sun waking up, dancers smile, …so nice. The second one was in Paris in a big warehouse live act party called Warehouse Alternative. We played 2h45 instead of 2h! We really like to play a long live act!

Can you tell us a little about the mix you have put together?

Trunkline:As usual for all our dj sets, we individually prepared a global playlist and after this, we made a short list together. The purpose of this is really simple: mixing our sensibilities and personalities. After that, it’s a full improvisation: we are splitting the headphone’ signal from the mixer in our two headphones, we are playing one track each and we let the energy go on from there.

What do you have planned for the year ahead?

Trunkline: Some greats live act gigs and dj sets for summer. Some new gear which just landed in the studio. We are working on the 4th Trunkline’s release and on a remix for a great techno label, this will be our first release outside of our own label. And much more to come… 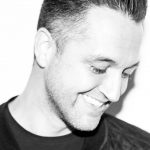 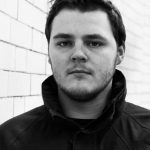