Thanks to the legion of progressive fans that pledged support for their favourite artists in our poll.

There were over 10,000 votes cast and to ensure things were completely fair, we made the results of this vote open to you at all times, so you could keep an eye on the voting.

We received a number of Emails from concerned fans during the final day of the competition, saying they had spotted unusual voting patterns. So we made a decision to delay the results, to make sure the people registering their votes using bots, VPNs and other means, didn’t affect the outcome of the vote.

When our recount was concluded today, we contacted Cristoph to let him know the good news! Hear what he had to say below:

Hi Cristoph, firstly congratulations on winning the poll. You had a brilliant 2018 scoring number 1 hits on your collaboration with Camelphat on Pryda, then also with Quivver on Selador too. What releases can fans look forward to this year and is there any chance of an album from you?

Thank you so much. It’s really took me by surprise. Yeah those two tracks done really well and it’s great to see Breathe still gaining momentum. I’ve had the whole of January off to make new music so that’s been great, been working on about 10 new ones – some of which will be released this year. I was in the studio working on a few vocal tracks with Artche at the beginning of the week and I’m really feeling them. As for an album – in all honesty I don’t think I’m there as an artist just yet. It is a project I would love to get in to some time in the future though.

2018 was also an amazing year for gigs with your residency alongside Eric Prydz at Hi Ibiza, plus your tour of the US towards the end of last year alongside Prydz and Adam Beyer. Are there any continents you want to play this year and if so, what’s on the bucket list?

Yeah both the residency and the tour with Eric and Adam were both amazing experiences. I would love to get back to South America, whenever I have toured there it has been I have always had such a brilliant time. The atmosphere in the venues is second to none. I would also like to tour Asia again, I thoroughly enjoyed the last time I was there. On top of those I have many other venues on my bucket list, probably too many to mention.

You mentioned you would love to have your own label and start hosting your own parties. We know you’re very busy and running a label is a lot of work, so do you think you’ll have enough time this year to make a start with it?

Launching my label will again come when I feel I’m ready to do that as an artist. The whole point would be a platform for me to release my own music but mainly to help nurture artists through and try and help them get their music out in to the industry so I would need to be at a level where I truly believed I could help them in the best possible way. I get sent a lot of great music and it’s such a shame it doesn’t get picked up. Time of course will be a factor but I believe I work incredibly hard so I would just factor this in to my schedule, if it meant less chill time for me then so be it.

Finally, you had received an amazing amount of support in the poll and clearly have some amazing fans. What would you like to say to everyone that voted for you plus what does it mean to know people think you’re the best progressive producer in the world?

In all honesty I am completely overwhelmed by the result. I can’t thank everyone enough for voting for me, every artist nominated I’m a huge fan of and if you want my opinion I personally think there are better producers in that list than me. However I’m most definitely not complaining. It’s an absolute honour to be voted the best in the world. It all just adds just this very surreal journey I’m on and brings me closer to reaching the dreams me and my dad set out to achieve ever since I was a young boy. 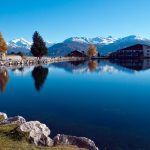 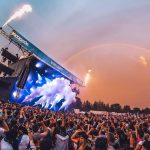