We had a chat with viral prankster Discoboy about his rave on the London underground, which shut down the Bakerloo Line on  Monday…

We saw you organising this gig on your FB. What was the idea behind it?

Discoboy: I’m known for doing random little raves, pisstakes, supermarket videos… my friend ‘Troll Station’ which I’m part of says do you want to jump on this video where we set up loads of nightclub laser equipment on the tube?  He’d got Harry Shotter so I thought yeah I’m down for that…

How far did you manage to get before you got rumbled by the cops?

We were on the tube for over an hour but only busting out tunes for 25 minutes.

I have big respect for what you did and think it’s pretty ballsy, considering all the security in London at the moment? What did the police say to you afterwards?

I’m quite surprised about the lack of security on the underground entrances. There’s people there but they didn’t stop us. If I was a London underground worker and saw people walking down with batteries, wires everywhere and a big trolley I might question that. When the police came they were kind of cool about things. They didn’t do anything afterwards, they just guided us off the platform and made sure we were out of the area.

Read on your FB you’re still keen to do more?

Yeah I’m always thinking ideas and different locations. I want to do a kebab shop rave next. Turn it to a proper nightclub with little barriers. One in one out policy ?

Any plans to launch a pro DJ career haha?

I do loads of random multi genre parties all over the place. I keep quite busy. I sometimes get one hour sets in clubs. I run a mobile DJ business and do 3 or 4 gigs a week. Would like to do more 1 hour Discoboy sets in clubs. Mix it up. Half serious, half having a laugh. I’m a party DJ at heart but I do love my drum and bass and my house.

Saw a really funny video of you impersonating a copper and running the down the high street with a siren lol… tell us about it.

We had a court case with it recently where they tried do us for impersonating a copper. We won in court because we weren’t out to deceive and we told them in the interview. We had a camera with us and they knew who we were. That video was a spur of the moment pisstake that we come up with for the page. I ride a unicycle so I thought I’d do a sketch with it and see what people think.

Clearly some people don’t get you. Any message to them?

Haters gonna hate. Look at Mother Theresa – even she got hate! Couldn’t really give a shit about people that have an issue with it. I feel generally love.

How can people keep in touch with your antics? 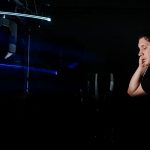 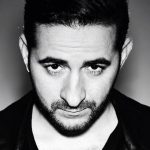