UK duo Death On The Balcony have been carving out their own unique space within the deep house underground for the last decade. Releases on All Day I Dream and Anjunadeep highlight their discography as they continue to travel the globe spreading their cosmic vibes. We had a chance to catch up with them on the cusp of a new remix for Magician On Duty.

Where did you guys meet and how did the relationship evolve into a studio partnership?

Death On The Balcony: We met in Leeds on the party circuit at while DJing separately at the same party and through mutual friends, night life escapades, mutual tastes & lets not forget humour! After knowing each other socially we decided to get in the studio together and see what would come about from there on Death on the Balcony was born!

Do you have different roles in the production process?

Death On The Balcony: Not particularly. The strength of having two minds in the room is that you can sit back and hear while the other creates giving you a more objective view on things. It’s not about who is in the driving seat for us, but we are both competent in charge of that, and any aspect of production, when the time comes. You can’t afford to have a power struggle in duo’s it just wouldn’t work long term. We both have our different strengths and talents which all come together in the studio. For us, the devil is in the detail!

Death On The Balcony: We have been at this for 10 years + thats just as a duo together so there have been a few over the years. The one who has been the most inspirational and influential on us by far is Mr Lee Burridge. He has been a huge part of our evolution as artists and an inspiration to us with our sound. Its a privilege to be part of the All Day I Dream family alongside many other hugely talented artists. It’s something that motivates and inspires us to keep working hard every day, not to rest on our laurels, to keep evolving, creating & moving forward! Its very much an ongoing process….

You’ve got a new remix of Madloch & Paula Os out this week on Magician on Duty. Tell us about the production process and also inspiration behind the mix.

Death On The Balcony: We came up with the initial idea when we were on the plane to San Francisco as we had just been sent the parts. The initial loop was created then and we waited until we were back in the studio to finish it off. The inspiration from this mix was of course Madloch & Paula Os! We used quite a lot of the original parts in this mix but put our own spin on them by reinterpreting the patterns and also pitching down and harmonizing the vocal slightly.

How would you describe the Death on the Balcony sound and philosophy towards your music for those who haven’t heard your stuff before?

Death On The Balcony: Melody, warmth & groove would be the few words that spring to mind. There is always an element of our music which is emotive & we hope plays on the heart strings a little… As well as making the shoulders & feet move of course! ‘House is a feeling’ after all! 😉

What you guys do seems to resonate really well, I can’t say it fits into a particular clique of the deep house scene which many artists seem to get locked into. Do you consider your music to be universal in a way?

Death On The Balcony: We don’t really try to think too far ahead when we make music. Sometimes this might make things harder for ourselves perhaps but sometimes it can feel contrived to set out to do a particular thing for a particular purpose. We try and go with the flow as much as possible. That’s normally when something exciting happens. We can only hope others hear that too!

What are the biggest challenges that you currently face in the industry as artists?

Death On The Balcony: We have privileged lives to make music, travel and to play the music we love to people who love the music. It is something that isn’t a given & that we have dedicated many years too, continue to work at.. Being an artist currently, like any job, comes with it’s challenges. Sometimes there is no rhyme or reason to the music industry and that can be the thing that challenges you the most. The uncertainty of not knowing what’s around the corner is not something a lot of people like to think about. It’s something that as an artist you have to come to terms with. Once you get to a level of travelling and touring you then have to attempt to stay there and be relevant, keeping the releases out etc. Then again it’s all about perspective, nothing is easy, in any line of work, at this point in time on this planet. The hustle is real and testing, but that said, a thoroughly enjoyable one that we wouldn’t change for the world! Having a bohemian nature definitely helps too!

Tell us about the scene in the UK, how is the nightlife and do get a chance to play out very often? Or are the majority of your gigs outside the country at this point?

Death On The Balcony: The UK scene is great and we are lucky to have so much talent throughout the country in cities every weekend. In the UK recently we have mainly played London & Leeds but also over the years played most cities here at least twice & stretched as far as Edinburgh/Aberdeen for the Minival guys, they throw some good parties! The last gig we had in London was for ‘Lost In Sound’ at The Nest in Dalston, a great little basement club. Lost in sound is a relatively new brand pushing a more melodic style of music. They will definitely be going on to more bigger things next year!

Where is your favorite place to travel to DJ?

Death On The Balcony: It’s hard to pick a favourite as there have been so many highlights over the years. We have been fortunate to travel and do some great gigs with All Day I Dream where the setting, décor and people are nothing short of amazing. Recently some highlights would be Long Beach for Subtract & Do Not Sit in Miami is one we always enjoy. Also Brooklyn Mirage & House of Yes in New York. New York has a thriving scene at the moment.. One of our most memorable moments was playing for All Day I Dream on Governors Island NYC during the middle of a storm which then magically cleared into a double rainbow.

Death On The Balcony has new music out now on Magician On Duty, you can purchase the release: here 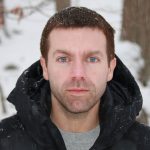 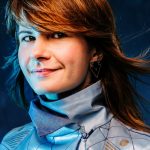