Karlsruhe based duo Landhouse & Raddantze are a hidden gem in the deep house underground, we catch up with them as they celebrate the release of ‘Olamorph’.

Hey Guys, thanks for joining us today, tell us a bit about yourself, how old are you, where are you living and how long have you been producing music and DJing?

We are 35 and 40,  living in Karlsruhe/Germany. Together producing we started about 4 years ago. Raddantze was already producing for long time and Landhouse was playing records half of his life. When we met 8 years ago a new friendship was born and we had been a lot together on parties.

How did you discover electronic music?

What led you down the path of wanting to be a DJ and producer?

Loving music. Wanting to create emotions. Doing your own music (if u really like it  😀 ) is incredible it gives u the possibility to transfer feelings and create a mood.

What were some of your early inspirations?

Both of our fathers had been musicians. We had been grown up with hippie and psychedelic rock and got a lot of inspirations by The Beatles, Pink Floyd or Mike Oldfield but also guys like Matthew Herbert, Mouse on Mars or Aphex Twin brought us to the path to electronic music. Early Trip Hop Acts like Portishead or Nightmares on Wax also take influence in our music.

Where did you guys meet and how did the relationship evolve into a studio partnership?

I think it was a party 😀  had been hanging around together for long time….so let’s do what we love :  Music

Do you have different roles in the production process?

No, every production is different….

Hm, Don´t know….there had been many big DJ s like Mira, Unders, Monolink or Xique Xique playing our songs…. And it s always great to find out if anyone is playing and liking our stuff and of course gives u the drive to do more….

You’ve got a new production out this week on Magician on Duty as part of their One Year Anniversary collection. Tell us about the production process and also inspiration behind the track.

The vocal we used in this track we already used in an unreleased production that s only on soundcloud it was simply called peace (because this guy is talking about) and it had a lot of very well feedback. So we decided to take this vocal once again to maybe bring a little peace to the world.

You’ve released some of your music through the Seasidetrip label which is hugely successful and yet not available on Beatport. Tell us a bit about your relationship with them and if not having that music on Beatport matters to you.

Tell us about the scene where you’re from, how is the nightlife and do get a chance to play out very often?

We both live in Karlsruhe there is a scene for electronic music but slowtechno (what we call our music) is still small…Landhouse is hosting parties in Club called Erdbeermund  (Strawberrymouth) for nearly 10 years.

What do you want your music to convey to the listener?

For us music is art, a way to express yourself. While making music  we just focus on the work doing in that moment. The inspirations are just coming from deep inside and you don’t have to think about anything else than just making music. It comes from heart and that’s exactly what we want to convey. It should touch your heart, in the car, on the couch , on the dancefloor. And if someone falls in love with our music, we’re fulfilled.

Who are some up and coming artists from Germany to look out for?

In the “slowscene”  there s a lot happening

More music, what else? 😀 there are releases in progress with Dream Culture, Random Collective Landikhan and Seasidetrip… also doing lots of remixes…..

‘Olamorph’ is out now via Magician On Duty, you can purchase the release: here 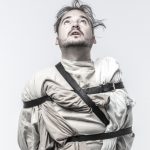 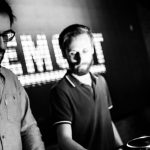