Marc DePulse is a big favourite here at C-U towers so it was a pleasure to learn more about his philosophy in dance music.

Your latest album says it’s from an artist that’s evolved beyond the creative limitations of repetitive, formulaic dance music. With the photo shoot and the videos, this project appears to be attempting to move towards a conceptual art piece. Please tell us more about the concept behind this release plus what things inspired you?

Marc DePulse: Kontrollverlust is a german word an means “Losing control”. That´s exactly what I wanted to show with the press shots aswell. I think most of us are getting tired about black clothes shots in a dark or mystic place, so I wanted to try something different. Mostly in white and light colours. The music itself is different too. I didn’t want to follow trends so I made something from the heart. Probably the album isn´t really for the club but it´s something for the soul. Losing control is a quite good description for freedom, it should not have any negative touch.

It’s when free people live their free live without any borders, without control. To loose control of yourself could be a privilege too to free your mind. This is what artists need for inspiration.

You run your own label JEAHMON! but chose to release your album on Einmusika

Marc DePulse: Doing an album is always a special thing that you don’t do that often in your career, so yes we pressed up some CDs for this release. I’ve been in the Einmusika family for around 3 years and my booking agency is also part of the same family (Mrs. and Mr. Einmusik). They have always been really supportive of my music and ideas, so it was really great to work with them on this project.

So what’s the mission behind JEAHMON and what are you trying to do differently?

Marc DePulse: JEAHMON! Records is my 3rd label actually. Most of the people don´t know that. I was running Pimprinella and Westbalkonia before but JEAHMON! is the only one which survived right now.

The plan was to release my own music without any problems but later I had so much fantastic incoming stuff that I now don’t know when to release my own stuff (laughing). Seriously: I love all the artists on my label, they are good guys and fantastic producers. I´m happy and proud to work with every one of them.

I started JEAHMON! as a vinyl label once but after having six 12” releases out we realized that it´s a huge minus I made. I still love vinyl a lot but I had to stop that. You know, quality will always win but it’s a long road. So you need a lot of ambition, motivation, also if maybe 2 or 3 releases don’t work. It’s important to never give up, keep the repetition on a super high level. It´s part of an artists CI so it´s important to have your imprint on the same high level.

I only release music I love. Will never release music out of political reasons, means: I have to release artist xy because he’s a big name and sells more. That’s shit. I love to sign newcomers when the music is great BUT: it’s important to put it on the right place.

Releasing newcomers on a small label won’t work. You need at least a strong remixer to get them noticed.

Fighting the mass with a mass of high quality – that’s a serious task. But I´ll probably never release music every 2 weeks. That’s too much of work and I don´t know if every release has the time to express itself.

What’s been your greatest achievement so far and what’s the next goal?

Marc DePulse: I stopped my daily job in 2013. Before this time I was working in the city council of my hometown Leipzig. I also studied business management. But I didn’t feel that was the dream of my life. So I quit my job and decided to become a full time musician. And that’s it now, I live my dream for almost 5 years yet and hope to make this for the rest of my life.

But the business is tough, you have to work a lot to defend your place on the podium. So my next goal is to not get tired of this. It´s probably a lifetime goal. As a DJ I´ve seen some parts of the world already but there still is a lot to discover. I’ve never been to South America or to Australia and I’m pretty sure this will happen one day. So hard work pays off. Hopefully. 🙂

Finally, please tell us what’s in the pipeline for you and your label?

Marc DePulse: After having my album released there will be no more release until February 2018. Release 25 will be a Marc DePulse release and it’s a track together with Several Definitions. We will have 3 remixes by dubspeeka, Jerome Isma-Ae and Peter Pardeike.

Also I made an EP with Betoko. We are still looking for the right label. And of course some remixes will appear in Spring 2018. For JEAHMON! I´m really happy to have Ryan McCormack and Modeplex for the next two releases until the end of this year with super high class tracks by having some fantastic remixers: Several Definitions, Radeckt and the amazing Ron Costa.

Kontrollverlust came out on November 20th – click here to order the CD and here to buy on Beatport. 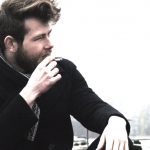 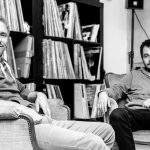