this is the premiere of the first single, the album drops April 7th, the Pushing their own boundaries & capabilities of what DYNOHUNTER has come to require from themselves.

This drive & dedication has helped them create an immersive and vivid quality to their music. Expect nothing less than the best they have to offer with the release of their full-length self titled album.

The entrancing opening track Mojave, inspired by late nights experienced deep in the desert, sets the tone for what becomes an expansive journey into DYNOHUNTER’s range of tribal, psychedelic, and progressive moods. A sound that makes you both dance and feel.

Tracks like “Above the Fray”, “Usuthu” and “Mama Paduri” set a tribal rainforest soundscape influenced by World Music as much as House. Techno inspired “Raimondi Sequence” and “Lost City of Enki” transports the listener to an ancient civilization filled with lost technologies.

While each track brings its own energy and imagination into the fold, there is a cohesion to the entire work that brings a different angle and unique aesthetic to the world of House & Techno. Powered by diverse influence, live instrumentation and an obsession with digging deeper, DYNOHUNTER have created a piece of the dance music for the world to call their own, and their self titled album is here to prove it. 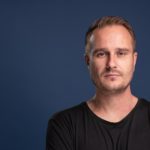 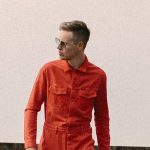