We caught up with the amazing techno talent that is Fernanda Martins.

Hey Fernanda, you’re approaching 200,000 fans on Facebook and 39,000 on Soundcloud with great engagement! What do you think people are drawn to more… your DJ Sets or your production work?

Almost 100% to my DJ sets. And I must provide new mixes there constantly because my followers are very thirsty. They send me lots of messages asking me to upload ¨this¨ or ¨that¨ set…

You represent both purist techno and hard techno. How do you keep the two separate or do you blur the lines between the two?

I think it is easier and more realistic if I say that, working as a DJ between these two subgenres in the vast universe of techno, I represent a part of my own musical taste. And I say ¨a part¨ cause I actually enjoy many styles of techno. But when playing I do not mix all these kinds in my sets, cause it’s not just a matter of liking a track, but how I feel when I’m mixing it.

Even so I have a very eclectic collection of tracks prepared for my DJ sets, and I can travel from something groovier, to something more deep or introspective, from acid or industrial textures…till the hardest techno beats. It will depend on my mood, the place I’m playing and for sure on the party people’s mood.

And of course, people who know how hard and fast can my sets be, may be imagining if it is difficult to make a connection between these two ¨worlds¨. Musically it’s totally possible, but some hours are necessary to make it make sense. Actually, these are the sets I enjoy more; 5, 6 or 7 hours with the possibility to tell to the crowd all of my views and feelings of this music as a DJ. From the most pure Techno to the most powerful Hard Techno.

Dj Gee Moore left his own club (Bora Bora) and set up home for both himself and his future music endeavours, We know you left Brazil, but what’s the allure for someone to leave a culturally iconic place like Ibiza (or even Berlin) and to set up in Brazil?

I think we should ask it to Gee! I really can’t guess what were his personal motivations to move there. But yes, there are lots of good things in Brazil. One of the things I notice more being there now after living for 11 years in Spain is how passionate the people are whatever they put themselves to. So if you are a DJ and you can have a dance floor full of them, you can already imagine how cool it can be.

What’s the fundamental difference in the identities between your pseudonym “Dot Chandler” and your real name Fernanda Martins?

Right now, I would say that is that Dot Chandler is dying slowly. What I want to say is that I’m no longer using this aka when I present myself in a gig.

Dot Chandler was an aka I created in order to do not confuse my fans. For you to understand: In my beginnings as DJ I started playing Techno. Different subgenres, but techno, with not so high BPM. After some years I started adding more and more Hard Techno tunes into my sets and speeding up the tempo very much.

At one point, I almost stopped doing techno gigs. And it happened not just because I was concentrated on harder and faster beats, but also because Techno itself passed by a period some years ago, that was not convincing me to expend energy on it. When the last minimal wave practically took control on techno scene, the kind of Techno I like was placed very much in the background. The low visibility of it moved many DJs, producers and promoters to work with another stuff. During this period I concentrated much more on Hard Techno.

As a Techno lover I never stopped searching for Techno tunes and, around 2012, I started find very good tracks that connected me again much more with the pure Techno. At that point Fernanda Martins was already a reference on Hard and Fast Techno, that’s why I decided that to go back Techno I would have to use different name…

In the end, all this was just extra and unnecessary work with marketing and communication, cause most part of the people was used to say ¨Fernanda Martins with a Techno Set¨, or, ¨Fernanda making a Hard Techno set tonight¨… and I decided to bury Dot Chandler for now.

As a forefront DJ, you’ve not been caught up in any of the debates that often find their way onto social media; what issues have caught your attention and how do feel the music industry can contribute to social change?

Owww I did! On Facebook, for example, I’m very much active on talking about many different issues: Environment, politics, new habits of consuming more sustainable, equality of genres, and so on..

I think this year what is catching more of my attention is the immigration problem and the immigration politics, as well as the calling for the equality of genres, and the movements to stop animal abuse.

The music industry, as well all other collectives of professionals, can be, and must be, a strong tool to help the worldwide community to be aware of all these problems that affect (in different levels) all of us. Music can connect people and we must make a call together for the unity, for compassion and for a better world.

You’re Hot Stuff series of mixes seriously shows off your subtle but impacting blending style. Your transitions are smooth and diverse in energy. Great use of CDJ’s; What’s your thoughts on the use of technology in mixing? Are you looking to incorporate hybrid performances or will you maintain the skill of creating memorable moments with tracks and transitions?

When I was starting off I learned how to mix using the turntables and a very basic mixer. And the way I still like to play is more traditional, but I think it’s cool nowadays you can have lots of ways to create your set. I see lots of people complaining about sync, or controllers, but, come on, let people explore their creativity the way they feel fine.

There’s a fair amount of 303 Acid influence in your music; What’s the one piece of studio equipment you simply cannot live without and why?

When I first read this question, I thought: ¨Not that much! ¨. But indeed, this influence is there!
About the gear: my new Moog Subsequent 37

Other than promo’s sent and artists you know or work with, what’s your main source of music? How can breakthrough or underground artists get their music to you without using typical promo channels?

I have been following many different YouTube channels that post new releases to discover new stuff. And of course I also navigate a lot into the shops to check the new tracks. I have an e-mail that I enabled to receive demos and promos: music_promo@djfernandamartins.com

With the advent of melodic techno, the retaliation of hard techno and the blurred lines between house and techno in many mainstream Techno Dj acts and producers, if you had to call out the next direction techno was going progress to, how would you describe that direction?

Hmm, I’m not sure. But actually what I think is that now the Techno scene is experimenting. I, particularly, was expecting for very long. And now it’s easier for the crowd to have access to different styles of techno in clubs and small parties. Of course we expect from big festivals to show diversity of artists and style in their line-ups. Maybe some of them are not really exploring this to the max, I know. But on the other hand you have lots of clubs and promoters betting for different styles of Techno, that, in other moments were totally forgotten. And I like to see that now the scene is a bit more democratic than 5 or 8 years ago. Techno for all tastes!

Finally, you’re told you’re the sole dj playing on a line up because everyone else have either been cancelled, too wasted to play or couldn’t get through customs and visa checking at the airport;, which friends do you call to help you get through the12 hours…. no cheating, you can’t do all 12 hours because you have somewhere else you need to be…. who are going to call? (Don’t say Ghostbusters)

Be sure to check out Fernanda Martin’s brand new mix for C-U below!

Fernanda Martins is live with a special set for our legends series. Stick around and get sharing. 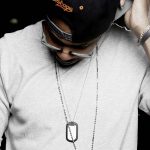 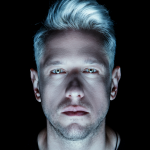