The Magic Movement is a German label run by Noema, who provides a stunning original track for the imprints new release.

Artists that have contributed to The Magic Movement include the likes of Xique-Xique, Nicola Cruz and Oceanvs Orientalis with the labels new release coming from Neoma himself.

Neoma has also released on other imprints ranging from Sol Selectas to Get Physical, and his new release also includes remixes by Acid Pauli and O/Y.

Here at CU we have been privileged with this special exclusive stream of O/Y’s remix from Neoma’s new release titled “Twilight”.

O/Y has also featured music contributions on Circles & Stones, Amselcom and Underyourskin. His melodic rework of Twilight lifts the tempo of the original and provides a club focused version with beautiful synths and uplifting melody.

The release will soon be available from HERE 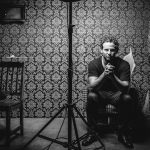 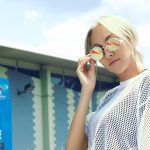