Marc Werner is one of Germany’s most notable names in the House music scene with an array of credible releases on Bunny Tiger, Tonspiel and Lausbuben. Marc continues to serve up emotion-grabbing house cuts that surge energy through dancefloors and catch the attention of some of the biggest labels in the industry.

Now with the highly anticipated return to Kittball with his latest release ‘Temporary’ we wanted to touch base with Marc in-between his busy summer schedule to find out what his Top 10 Tracks are for this Summer and tells us what makes his DJ shortlist.

1. Marc Werner – Temporary / KITTBALL
“My new track recently released on Kittball Records. It has a slightly inspiring feel that stimulates, with a dream-like feel, and takes you on a journey.”

4. Juliet Sikora – Fuck, Marry, Kill (Maxim Lany Remix) / KITTBALL
“What a crazy song! It has the vocal and groove from the original but the remix gives a little more feeling and energy.”

5. Dole & Kom – Punctuation / BAR 25 MUSIC
“Struck in this inconspicuous promo disc and immediately realized that this track was perfect for my collection.”

6. Barbatuques – Baiana (Pablo Fierro Edit) / MOBLACK RECORDS
“Who has not heard of him? This track of Pablo Fierro’s continues to demonstrate his magic fingers with music.”

7. Wolfson & Deniz Kabu – Let it Go! / ZEHN RECORDS
“This track from ZEHN Records quickly became one of my favorites.”

8. Tube & Berger – Guess Who‘s Jack / TOOLROOM
“Label boss of Kittball delivered once again with a bassline which is such an experience.”

10. Moonbootica – F.U.N.K / MOONBOOTIQUE
“F.U.N.K. builds energy uphill throughout the entire track and it works well in between my more funky numbers.” 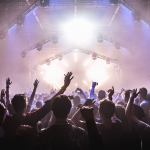 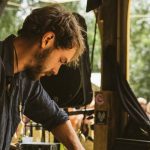