We caught up the guys to find out more about their influences and get the lowdown on what they’re putting out.

Hey guys, where are you based and how did you first get hooked on dance music?

VINCE: Hey guys 🙂 Thank you for having us! We love your work and really appreciate the invite!
So for me it was in the age of 21, when my love for electronic was really born and made me start making music and bought myself an Ableton Push.

I started proceeding and Djing with it in my room back in 2014 – I started making more of the melodic deep chill as it was the kind of electronic music I started listening to – Stimming, Recondite and Christian Löffler were my starters haha. I started to go to Deutsche Pop Academy and become an audio engineer but didn’t finish it due to several reasons. I also quit making music for several years before I picked it up again in later 2018 and had my debut release in May 2019.

GREG: Hello to all of you. Really honnored to be part of your interview.
I’m From France. Not as young as my mate Vince hahaha. I think my passion for electronic music came from the 90’s. I was a big fan of techno during the first techno wave. I was listening a lot stuff from artists like Quench, Thomas Schumacher, Jeff mills… I was a teenager. It just changed the vision of my life. It was a way for me to fly away, in something like a transcendental universe. I never go back from that, that’s almost 30 years ago.

I started producing at the age of 13 in 1993 on very old trackers and step by step discovered some new technologies and softwares like Rebirth, then Reason, and then Ableton.

I had a very long career in hardtechno Schranz from 2003 to 2018. Was I was younger I was always searching to push the limits, hardtechno around 160bpm was perfect for me. But I’m now coming back my first love with techno, looking for more hypnotic sounds ! Hardtechno was about energy , techno is much more about a cosmic story…

GREG: To be honest I still discover awesome talents everyday… But, as a producer, my absolut fav’ is Enrico Sangiuliano (I love the absolut complexity of his tracks). I also love and really respect artists like Andrea Signore, Bolster, PleasureKraft, Ramon Tapia, Umek, The cosmic boys, Timo, Veerus and many many more… I also love weirder and more hypnotic stuff from Dr Needles, Kmyle, Marco Raineri…. And for sure stuff from my mate Vince. This is the reason of our collab!

VINCE: Some of the people that inspire me are my friends from Bolster but also Umek, Spartaque, Ramon Tapia, SAMA, Pleasurekraft, Spektre, Beico & MT93, Murat Ugurlu, Heerhorst, my friends Stephen Disario, Greg Notill, Darian Jaburg to name a few. All can’t be told, the list is long as there are a lot of very awesome producers and artists out there!

GREG: I don’t really know what I do haha. I know I love cosmic elements, melodies, dark atmos-phere… Every kind of contemplative aerial elements are what i’m looking for. Some people call it Melodic or modern techno… Well… I do music 😛 I’m now co-owner of Black Snake Recordings with Darian Jaburg (The snake u can see on beatport charts :P) . I had some releases on Black Kat, Silent Storm, Reload, Black Snake and Will get releases in june, July and August, and the rest of the year on Silent Storm, Reload, Say What? , IAMT, Black Kat and more to be confirmed…

VINCE: Well, I started my musical career with a lot of sound experiments whereof I also released some under the name vince weyn – some I didn’t. But I think I was always aiming for an own kind of style, combined with Peak Time / Modern Techno, Cosmic or Acid sometimes as well. I love the cosmic and industrial influences and always need a solid lowend and big kick to go with. I could not give it one specific style as I love cobining ideas, styles and influences with another – that’s also a reason for the collab with my good friend Greg Notill.

VINCE: Since I started making music it was all about the connection between influences, styles and people for me. About the freedom and the outcome, when different tastes and ways of life come together and create something new of what has already been there basically. I think music should be there to connect, and this is why I love to remix or collab. When I do music it sometimes is just a flow I have to release, sometimes I imagine, where I want the track to be listened to or if its to be a track I would play in one of my sets or for DJ’s who play a slightly different sound in the club than me.

GREG: I usualy imagine a unreal place, landscape, party, scene… And my melodies and beats are coming by themself. It’s like all the pictures in my head had a melody to fit with. For the track Before The storm, the picture was something like me and Vince in the middle of a dark desert, earing some melodies from somewhere far away that goes closer and closer until a big storm coming… I just hope these feelings can be shared to other people. This is my essential aim in music.

In my past career in hardtechno my bigger gigs were Amakenings, Monegros, the olympic stadium of Barcelona ,Nature one… I also Really enjoyed discover new cultures from Brazil, Japan or
Colombia… More than 10 years ago I did a track that broke the usual hard techno codes called ‘audio lsd2’. I saw this track changed everything with my perception of music and also the one from the crowd.

VINCE: I think my first two collabs with my friend Stephen Disario where tracks, whereof I learned a lot while working on the tracks and marked a certain point in my productions after. My latest release together with Greg Notill is a real massive one – 3 very awesome tracks we both really love a lot. For Gigs 2020 should have been the start for more gigs outside my 100km circle (besides my very first Gig I had on Malta) – but it came different and so 2021 will be the start – also with a very nice agency!

Airborne Black is all about artists sharing their craziest moments in clubbing. Please tell us yours.

VINCE: So I had my very first gig just 1 month after I got in touch with music production and DJ’ing. I was living in Malta at this time and and didn’t really know how all this works. The club I was supposed to play was a reggae club originally, not prepared for this as the gig was part of a charity event and didn’t have any equipment for me to use, so I had to head back home and get my Ableton Push (my only hardware at this point) and come back and play my 1 hour set with it. Luckily I had done this a few times as I had no other controller at this time and it wasn’t too diffi-cult for me. Everything worked out fine in the end and people were dancing and having fun. I will never forget the adrenaline flushing through my body when this guy came up to me and asked me, what I am going to use for my gig and pointed to my empty hands though

GREG: Here’s a sweet story. But the craziest thing is I had to drink water during my biggest gig ever…. Here are the reasons… In 2013, when i was in the Hardtechno/Schranz music, Monegros promoters asked me to play together with Instigator a special 170bpm 1 hour hardtechno set for the festival (yes, i was re-ally hard before… ). Monegros was, for me, something like a dream. Playing in the middle of a spanish de-sert was insane. So, I asked my girlfriend to come with me as she usualy does to celebrate it and enjoy the party as much as possible. Usualy, for us, celebrate a party is about drinking and dancing (and playing the dj set of course)…. But, this night i (and she) did not drink at all… why_??? Because 2 days before the festival we learned that my girlfriend was pregnant… So, even if it was one of the best party in my life, as a serious future daddy, and to be as solidary as possible, i only drunk water on Monegros… It was a magical moment anyway…

GREG & VINCE: Same as Vince for my latest collab release with him is „The Storm“ EP on Airborne black ‘Before The Storm’, ‘The World We Wonder’, ‘Floating’ are the three tracks inside. We received support by massive artists like UMEK, Marco Faraone, The YellowHeads. TYH, Ilario Alicante, Kaiser Souzai, Bolster, Andrea Signore, Don Weber.

VINCE: I spent most of my time in a collaborative work in some way lately and are looking to complete some more solo stuff in the future again – labels like 1605, Kraftek, Legend, Respekt, Codex, etc, are on my list for sure!

GREG: Well, I have no precise goal, the things will come by themself if they have to come. I can say, I would l love to release or release again on labels I listen the most: Terminal M, Kraftek, Analytic trail, Orange Recordings, Say What?, Legend, Codex, 1605, Respekt, Tronic, Senso…

GREG: I play, Vinyl, Cd, or Controller. But My heart still prefer vinyl. But it’s pretty hard now to find clubs with decent vinyl turntables 😛 With the Corona Crisis, it’s almost impossible to imagine the future. But, with some of my mates from Black S Agency, we’ll perform on a bus for Rave The planet in Berlin 2021…

VINCE: At the moment there are no plans on playing a live set in the near future – never say never and it can always come very different and with another speed than expected – but I prefer playing a DJ Set with at least two CDJ’s – at home we have a small Xone:92 setup with two xdj and I got my pioneer controller as well. But in the club CDJ are my to go.

VINCE: I have the one or other upcoming release in the pipeline – a massive 3 track EP on Say What? Records by Ramon Tapia is confirmed for end of July as well as another solo EP, some collab work and remixes several labels – being quiet productive in the past lockdown phase after a small creative blockade haha

GREG: Will get releases on Silent Storm, Reload, Say What? , IAMT, Black Kat , Black Snake, Km Selection and many more to be confirmed… 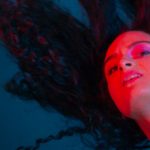 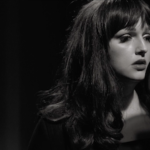