Following collaborations on Crosstown Rebels and Saved Records, UK talents Denney and James Dexter release the spell-binding Lucid Dreams on Rebellion. We caught up with Denney to mark the release and to chat about what he’s up to at the moment, here’s how it went:

Hi Denney, thanks for taking the time to speak to us. Can you tell us where you are at the moment and how you have been finding these strange times we find ourselves in?

Hello, it’s a pleasure!  I am currently hiding away at home in London.  To be honest I’ve not found it too bad, I have the studio in the house and have a garden so have been making the most of both of those.

You have a new release on Crosstown Rebels sub-label Rebellion with James Dexter and we have been listening to it on repeat! Can you tell us about it and your connection with James?

Glad you like it!  So I had been a fan of James’ music for a while and we got in touch swapping tunes etc.  It turned out we are both based out of West London so it made sense to start hooking up and making tunes together.

Having released on Crosstown Rebels in the past, can you tell our readers more about your relationship with Damian Lazarus and the label?

I have a long history with Damian that goes back for over a decade now, we met when he used to come and play Back to Basics and have remained friends ever since.  I constantly gave him records as always wanted to get something on Crosstown Rebels and wasn’t until 2015 I finally managed to get a release.  He has an amazing ear for music which is why Crosstown has such an incredible back catalogue.  It’s my favourite label without a doubt.

You are originally from the North of England and have connections with The Empire in Middlesbrough and Back To Basics in Leeds, can you tell us more about that?

That’s right, The Empire was my local club I used to go to every week, they would have a different guest each week and it would be rammed week in and out. I then started playing there at 17 years old in the back room, which was the real start of my journey. I then moved to Leeds and became heavily involved with the Back to Basics crew which led to me working in the office and then becoming resident which I’ve been since around 2010.

We hear you have plans for a new label, can you tell us about it?

I was planning on starting one this year, I’ve got the name and concept for it but think i’m going to shelve it until next year now.  Doesn’t feel the right time to launch it when the music can’t be played on dancefloors.

What have been your biggest influences over the years?

I’d have to say 3 nightclubs have been the biggest influences on me – Sugarshack, Middlesbrough, Shindig in Newcastle and Back to Basics in Leeds.  It was on these dancefloors where I really got a musical education.

What has been one of your most memorable DJ sets that you have performed and why?

Can you tell us three records that never leave your bag?

What interests do you have outside of music? Please tell us a bit about them.

I am massively into my art, I collect it and have a huge love for it.  I also love to cook, I find it quite therapeutic.

Do you have any tips for other artists and producers in quarantine?

Just try to enjoy this time as it’s not very often you get a regular sleep pattern and can use it to your advantage and be truly creative.

Lastly, do you have any other releases in the pipeline you would like to tell us about?

I have an EP coming on Knee Deep In Sound in July and also a big remix of a famous old track which shall be out this summer but I can’t say more than that. 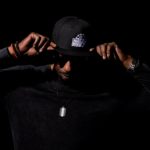 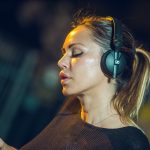