Paul, who went from being a social media star to a celebrity boxer, cited Feldman’s scoring in the Anthony Joshua-Oleksandr Usyk as his evidence of the bribery (Joshua is a Matchroom client).

“Glenn Feldman shows up in Saudi and scores Anthony Joshua to win the fight when everyone watching the fight — it’s not a split-decision. Usyk had a runaway victory. Clearly won the fight, and this judge Glenn Feldman gives it to Anthony Joshua? It’s like a repeated crime here. This type of s—, I’m going to call it out — it’s bullshit!,” Paul said.

“Clearly this guy is getting paid money by Matchroom Boxing. And that’s a bold statement and accusation that I don’t take lightly. But it’s just blatantly obvious. They’re not even trying to hide it.”

Paul recognized he was making a potentially harmful claim, which is why he said he doesn’t take his accusation lightly. Neither does Hearn.

Hearn is suing Paul for $75,000 for alleged defamation, according to TMZ Sports. The boxing promoter called the allegation “outlandlishly false.”

This article first appeared on Larry Brown Sports and was syndicated with permission. 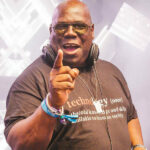 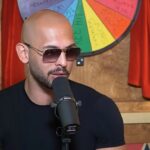