Lis Sarroca is a Deep House artist based in Spain who is making her debut on Mobilee following releases on other imprints including Tenampa Recordings and the Oblack Label.

Mobilee is the iconic label founded in collaboration with Anja Schneider but is now run as a solo project by Ralf Kollmann.

Previous releases on Mobilee have featured tracks by some of the world’s most influential electronic music artists such as Rodriguez Jr., Timo Maas, Audiojack and Reset Robot, but it’s also a platform that’s helped give exposure to exciting new talent like Lis Sarroca who has a big career ahead of her.

Joining the two original by Lis Sarroca are remixes by Kevin Yost and Freestyle Man who each deliver a stunning rework in their own unique style.

We are proud to be presenting this exclusive premiere of Kevin Yost’s remix which brings uplifting melodies to the samba style percussion of the deeply atmospheric original.

Kevin Yost is an extremely talented American artist who has also featured on Stil vor Talent, Get Physical Music, Akbal Music and Culprit.

You can pre-order a copy of the release from HERE 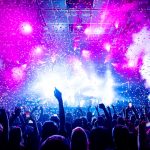 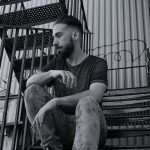