Mexico’s Konektiv returns to Molecule for his debut album, offering up thirteen tracks of forward-thinking and melodic sounds.

‘Interlude to Nothing’ sets the scene nicely, with panning aquatic melodies. drifting pads, and disembodied voices, and this segues into’Echoes of Silence Ilusiones’, which moves the album into melodic techno territory with a frantic, flurrying hooks and an intense bassline. The key changes carried by the bassline work really well here, and interact superbly with the other elements of the track, while the breakdown introduces some gentler countermelodies before Konektiv lets the main theme creep back in. Next up is ‘Destino Paralelo’, which immediately hits the listener with some retro bass squelches, before rippling synths give the track its melodic appeal. ‘Infinitum’ has even bubblier synths, and the percussion has a bit more bite than on some of the earlier tracks, while the breakdown wonks things out with a darker melody and a memorable vocal sample – this was one of the highlights of the album for me.

‘Autodromo’ has a more metallic sound, and it’s driving along by a motoring bassline, while ‘Memoria’ sees Konektiv throw down nervous melodies and a really nicely complementary bassline in an early breakdown, before managing to make the whole track sound like it’s melting as it picks up again. The main breakdown somehow manages to make everything even weirder, and the second half of the track turns up the heat with heavy bass growls, heavy snares, chattering vocal snippets, and melodic flourishes. Konetiv released ‘Love2’ as a single last month, and it was definitely an effect advert for the album – it was hearing this that made me want to write this review. The track drops the tempo a bit, and delivers a churning bass part that interlocks with the track’s sweet but dizzying melodic lines.

The mood of the album really shifts with ‘Monza’, which makes for a really welcome change – the sounds are bright and uplifting, while the bassline and percussion lend the track some breakbeat punchiness over its house core, and ‘Monoposto’ continues in the same vein, pumping out a future-disco sound – though I felt that the ideas on this track weren’t as strong as on many of the others, and it was one of my least favourite moments on the album. ‘Interlagos’ sees Konetiv turn back to the dark side, with nervous energy and paranoid abstract melodies ruling the day, while ‘Memorablitliatum’’s warm and fuzzy intro disguises that it’s one of the most intense and powerful tracks on the album.

Closing out the album, ‘Firenza’ sees a spacey groove pounce over a train-station announcement, setting the stage for layers of bold, busy melodies, and ‘Dreams’ lets Konektiv layer catchy chimes over a chugging bassline and an urgent backdrop, leading to a tripped out outro.

Overall, Konektiv retains a consistently high level of quality across the 13 tracks. If anything, I found it a little too consistent; Konektiv has already hit his core futuristic melodic techno sound by track 2, and there isn’t as much deviation from that as I would have liked. On the other hand, Konektiv still finds plenty of ways to keep things innovative throughout, and there are some real highlights, including (for my money) ‘Infinitum’, ‘Love2’, and ‘Memorablitliatum’. Fans of Konektiv’s sound will find plenty to enjoy and admire on ‘Synchronicity 365’ (and by the way, take a moment to enjoy the title, given that the album was released on the 29th of February!). 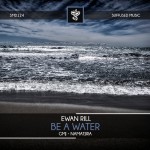 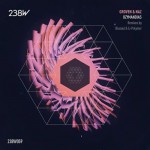