We caught up with US artist LaRosa who recently dropped a new EP on Inmotion Music, which has also featured tracks from the likes of Carlo Lio, Avision, Samu.l, Sable Sheep and Mark Fanciulli.

The deep and tech release also features remixes by Alexkid, plus NTFO, and can be purchased from HERE.

It’s nice to meet you LaRosa, could you start by giving a brief description of your music style?

Hey! Nice to meet you as well!

Well, I am fortunate to have been brought up in a household of music with my father introducing me to the likes of Classic Rock, Blues, and Jazz Fusion at a very young age. I joined a percussion group in grade school and in my teenage years eventually moved on to teaching myself both acoustic and electric guitar. I became fascinated with DJ’ing around the age of 20, and growing up in New York I’ve been blessed with being exposed to such a wide range of domestic and international house and techno artists.

I have been producing on Ableton for about 10 years. I taught myself with countless amounts of hours studying music production by reading tip websites and watching YouTube tutorials online. I love many different genres of electronic music, but it was around 2013-2014 that I actually “found my sound”. I can’t put a label on it but I guess you could say it’s an infectious blend of Tech, Minimal, and Dub House. Organic and swingy grooves are essential for me, and I am big on sampling, as I think it goes widely under-looked as an art form in itself.

I recently had the pleasure of checking out your new release on Inmotion Music. Was that your first time working with the label, and how did you first make contact with the imprint?

I have been friends with the label head Kareem Cali for about 8 or so years and suffered through years of demos being turned down by him. I wouldn’t have had it any other way though, because I received tons of constructive criticism, and him being so selective with music only made me work harder at improving my sound.

I first featured on Inmotion back in 2017 as part of a VA called NY State Of Mind, and I followed up on that with a remix for the label at the beginning of 2019. I have always been infatuated with the consistency that Inmotion has demonstrated since its inception, and was honoured when Kareem wanted to sign a solo EP from me.

You have two original tracks on the new EP. Was there a concept behind each of them, and were they always intended for the same release?

I never really have a concept when I start a record. It might sound cliché but music really is a feeling and if I don’t come up with the “meat” of the track within the first hour or so, then it’s not meant to be and I just move on.

I had been sitting on the bass groove of “All Business” for several studio sessions and was almost going to trash the project. After experimenting with a variety of different basslines and implementing some heavy processing, the record finally felt full and driving. It is definitely a perfect peak-hour roller which provides a big room “festival” or DC10 vibe to it. Some of my friends like Santé, Sidney Charles, and Marco Faraone have been playing it a lot in their sets since last summer, and those guys told me it always has a massive reaction every time they drop it.

“Recluse” was an old project that I had sitting in my hard drive for about a year or two. I used the subtractive production technique, which means choosing the parts I liked the best, and then worked it back up around those parts to rediscover the original idea. My Elektron Analog Rytm is the centrepiece in my studio, and I programmed all of the drums and automation using that incredible machine. I first sent it to my friend Monika Ross and she loved it so much that she featured it in her guest mix for Beste Modus back in January. With it being such a tamed but versatile track I knew it was perfect to complement the high energy of “All Business”.

Alongside your two originals there are some pretty impressive remixes from Alexkid and NTFO, did you have any influence in picking those guys to work on your music, and what are your personal thoughts on their reworked versions?

I have such a long list of artists that I’d love to work with because there is so much talent out there, but Alex and NTFO (Dani & Robert) are legends in my opinion. I’ve loved Alex’s stuff ever since his early work on Rekids, Cadenza, Desolat, etc, but I’m also a big fan of his new stuff on labels like Fuse London, Rawax, Serialism, and Talman. Alex is a whizz in the studio and such a humble guy. I am so happy with the UK-Garage/Breaks feel he threw on “All Business” and it definitely showcases his immeasurable class as an artist.

NTFO has always been a power duo with every project they have taken on. One of my favourite EPs from them is actually their Magic EP with Rhadow on Kiara that they put out back in 2012. I admire how much their sound has evolved over the last few years, and love what they have been releasing on labels such as Bondage, Organic, 20/20 Vision along with their own Sintope imprint. They kept their remix for “Recluse” simple, but were not shy in providing it with that classic Romanian techno sound, making it the perfect roller for those Sunwaves vibes!

What other labels have you worked with, and do you have any forthcoming releases that people should be watching out for?

I provided a remix for Yoshitoshi back in 2013 of Eddie Amador’s classic “House Music”, but that was when I really just getting my feet wet. Other than that, I have only released originals on other local New York labels, and my music has been remixed by people like Daniel Dubb, Filsonik, Ilario Liburni, and Samu.l.

Back in May, I did a remix for Daniel Meister and Sebastian Ledher on PlayGroove, and alongside Kareem I’ve done another remix for Rich NxT on Avotre which was recently released on vinyl.

That was my first record pressed to vinyl, and it’s definitely a proud moment when you see your name on a tangible piece of art. Kareem and I have a bunch of originals ready to go, as we have been able to collaborate a lot lately. Together we have a vinyl release forthcoming on Sidney Charles’ new imprint along with a remix of a classic track which I will leave a secret for now.

I’m happy to finally say that I’m fully confident with what I can do in the studio now, and moving forward think I will definitely be able to bring some light to my name as an artist.

Thanks for taking the time to run through a few questions, is there anything you would like to add before we wrap things up?

Not much other than to keep a lookout for my future releases, and be sure to pick up my “All Business EP” released on the 2nd of August.

It’s been a please speaking with you. Thanks guys! 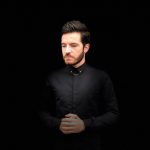 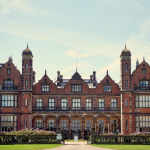