Known for his releases on Manual Music and Nightcolours, we sit down with Marc Grabber as he gives away his collaborative album alongside Bastian for free.

Hi Marc, thanks for joining us, how are you today and what are you up to?

Thanks for having me! Today as usual, I’m drinking my “morning” coffee, replying to emails, answering one interview (after a long time) and getting ready for my studio session. As I’m more a night person I’m usually waking up around 12PM and going in the studio around 4PM. My mother still thinks it’s not normal behaviour. 🙂

Tell us about your record collection, how did you discover electronic music and what led you down the path of wanting to be a producer and DJ?

Well, I started back in 1996 with making the first rave parties in Croatia that led me to make one of the biggest festivals in Croatia at the time (before the colonialists arrived to Croatia)… after I met a lot of DJ’s and producers on my events I realized that actually I would love to produce music, not to promote it. I started to collect vinyls and being a radio/bedroom dj very early… In late 2000 with my first visit to Amsterdam I decided to go more serious in the dj world. In 2006 I stopped organizing events and stopped DJing for 7 years, closed myself in the studio and tried to learn how to produce music. I thought I would need just a year or two but soon I realized that I’m not so bright and talented as my ego was telling me at the time.

Tell us about Croatia/Slovenia, how has living there shaped your sound and career?

I love Croatia and I think is the most beautiful country in Europe. I especially love the islands and my wish is to move down there one day and set up a studio. In Slovenia it is more about work and focus for me at the moment. Here I met my partner Kresho Tomec (also Croatian), and we built quite a nice studio together… I also learned a lot from him as he is a very good producer and a multi-talented musician.

You have an amazing new album written in conjunction with Bastian with whom you’ve worked with in the past, how did the project begin to take shape?

Slovenian producer/mastering engineer Gregor Zemlljic introduced me to Bastian (Bostjan Golinar) back in the 2006 while we were recording some keyboards for one project we had together. After that Bastian and I didn’t work on anything together for almost 10 years, but we saw each other from time to time on a friendly basis. Two years ago we made one improvised studio session and realized that we should do some music together. While producing some deep house tracks we did one track that was different that the others (opening track of the album – Betelgeuse) and we decided to drop all the deep house tracks and focus in doing a electronica downtempo album… “FREEDOM” is the result of all that.

You’ve chosen to self release the album, why did you choose to do it this way?

We wanted to have absolute Freedom with the album so we can use it later in many ways. For example we already teamed up with some dancing theatre production that will use our music as the background for their dancing… and we didn’t even start exploiting it. We already had a very big label interested in some of the tracks from the album but as we all know there is a lot of waiting for releasing stuff, and we chose to release it and promote it ourselves. The most annoying thing for us would be to have to wait a year or so to be released and then feel alienated from the album…

It’s a beautifully crafted collection of music, if you had to pick a track which is most special to you which would it be and please walk us through the production process on that one.

For me personally is the title track, “Freedom”. We did it the old fashioned way … Bastian first made some basic piano / pads harmonies/arrangement, and came with that in the studio. Than I start cutting and minimalising his arrangement to make it more flutter and more in the style of the album. After that I took my time to design the sounds and make synth sounds…. after having the sound design and harmonies done than I started to make the groove elements.. this can take a lot of time as it is growing and changing from day to day. At the end when the harmonies, basic arrangement and beats are ready than we reunite to make the final arrangement of the song, once this is done than we enter in the final details process and this can take months and months to finish … The final process is done trough chatting or emailing the ideas after numerous times of listening to the track in different locations, moods and also considering some comments of close friends who’s ears we trust.

How did you end up with the final track selection and how did you go about cutting stuff out? There must be a point where it becomes quite difficult letting go of certain pieces?

We did around 12 tracks for the album and as you can see we have only 8 of them at the end. Some of the tracks are just hard to finish .. as much as you try and try, at the end it just doesn’t sound right. Sometimes the best way to finish the track is to put it on hold for some better times (probably forever).

How difficult was it deciding on the flow from a listener’s perspective?

Well…quite honestly we didn’t think so much about the listeners for this album as we did this album for ourselves. If we are talking about the tracklist of the album then I must say we needed quite a lot of time to make the playlist work.

Given that this is primarily an electronica album did the majority of the tracks begin around a musical idea rather than something beats or groove oriented? Or is the process the same for you regardless?

Touching on the last question, we started almost all tracks as basic classical songs with piano/pads and beats which came at the end of the process.

There’s a very genuine feel to the album, from a compositional perspective but also design wise. What are your go to tools in the studio and what featured heavily on this album?

We use a lot of soft synths but also some analog synths when needed. The Arturia pack helped us a lot on this album.. their replicas of analog synths are just amazing! Not to mention the use of samples… as I always do.

How much of an effect do other genres of music have on your own productions? And in particular this album.

I must say we didn’t listen so much other music for inspiration. Maybe Dj Koze was a big inspiration at the beginning …or lets say his way of thinking, but at the end we finished with a completely different sound.

Now that the album is done and released what are your thoughts reflecting back on the process?

Simply that it was very nice and very easy to do this album with Bastian as we understand each other perfectly. When I look back I see that this was a very nice musical journey and also we both learned a lot of new things. This album changed my way of thinking on production and finally I’m trying to get closer to the “less is more” thinking.. but still not there …

A successful partnership is generally based around balance and compromise; how do you manage these things while working on the album with Bastian?

We compromise very easily. Bastian trusts me musically and he understands what I mean when I’m trying to explain certain ideas. He knows so much about harmonies so we have always a few options on the plate to choose from. A very talented and gifted musician or let me say magician…

Do you think the digital era changed the way we perceive artist albums? Do they still carry the weight they once did or should?

I think that we lost a lot. For example, we would really like to have this album on a vinyl but is really hard and expensive to get it…. in our situation, even if you are on a label if you want the vinyl you need to invest together with them… The digital era is cool and effective but I think some quality stuff should be always released on vinyls and people should buy it for showing respect for the artists. This would mean a lot to the artists.

Most artists come across creative blocks from time to time, how do you break through when you get stuck on a project?

Well, we all have blocks. In that time it is better to focus on some other stuff and have a break. We did a few breaks during the process of doing this album. It’s like in normal life.. ups and downs… not to mention occasional health problems. I deal with considerable back issues from many years spent in the studio …casualties of the trade I guess you could say.

What are the biggest challenges you face as an artist in the industry right now?

I don’t have any ambitions at the moment so for me it is not such a problem. I’m trying to find my road through my music and not through marketing and promotion. A lot of people are investing more time and money in marketing than in producing and buying music. I admit I get a bit annoyed at producers/dj’s on social media who always post these feel good “positive” and “love yourself” posts etc., because I don’t think it’s a good time in human kind to be positive and happy about ourselves and ignore all that is wrong in the world…sorry.

As I’m not doing only electronica/house I’m now focused on one funk/electronica project and trying to make an album of it. Also finishing our 3rd album as Tomec & Grabber titled “Deep into Croatia” and doing some production/remixes with friend producers Andrea Ljekaj, Guzy and Brlee/Marc Depulse remix. Beside that I’m helping a lot of producers around Europe in producing their music and make a living from that, as well.

‘Freedom’ is available now as a free download: here 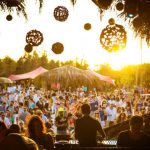 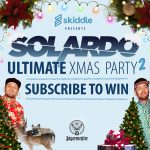