A true hedonist, but a workaholic as well.  Marco Bailey loves to work hard and spin records as much as possible; sleeping is for later.  His colleagues know him for his no-nonsense & ass- kicking mentality.  He’s dedicated to real honest and straight techno that is based simultaneously on progress and development.

We know that you had great passion for motorsports, but then we saw you emerging as an artist producing and djing. When was your first exposure to electronic music and what initially inspired you to become a DJ and producer?

Yes actually i wanted to be a professional racer , but after a quite bad fall i broke my arm and lots of other things i decided to stop and start going out to one of my local clubs , i thought this is something for me maybe , playing good records , so on 1988 i started spinning my first records in a local club .

One doesn’t achieve much without working hard.  With a decade passing by we still see that you’re still on top and hold the same consistency with your work.  What has helped you to maintain it?

The passion for the music and especially to entertain the people this i had in me already since i was 6!

MB Elektronics is still one of the leading techno labels, trying to select the best tracks for each release.  Our strength also lies in the time we give each release to develop. We don’t release records too fast after another.

Please share something that influenced you towards it?  What is your opinion with regards to the imbalance of quantity over quality with other labels out there?

To many labels are releasing almost every week a record , i think its wrong , of course you get 100’s of demos and its hard to refuse good tracks , but how can you expect when you release every week a record that this record gets lots of attention?  Or will be played a lot?  If the week after there is already another one .

I do a lot more then 10 years ago because its mostly digital now , but still i try to keep a selection and release only 1 a month .

Following up 2011’s excellent ‘Dragon Man’ album, ‘High Volume’ will be your sixth album to date, packed with twelve dynamic tracks. Please share something about it?

What according to you is the key ingredient in a track? Breakdown? Style of production? Bassline?

What kind of equipment did you start out with? How much has that changed to this date?

A lot in 1994 when i made my first records i used an Atari computer and only hardware , lots of great Synths i still have in my studio.  These days its 80% software with my new Ableton 9 and lots of great plug ins.

You’ve travelled almost every country doing gigs & events. Which has been your favorite country/ place till date?

Being in the Techno scene for more than a decade, do you think the techno scene is healthy right now?  In your views, which direction is techno music heading?

What is your favorite quote?

How important do you think it is for DJs to also be producers?

Its important because if you produce your records gets known worldwide so people from everywhere in the world can get in touch with you via your productions.

Looking back then and now, how has the Underground Scene changed in your country?

There is still a good underground scene i think.

Thank you for your time Marco, it was absolute pleasure to have you. Lastly, what advice would you give to the upcoming producers & artists?

Be careful about the labels you choose.  Be loyal.  Don’t make too many frequent releases.  Always try and improve your skills with every release. 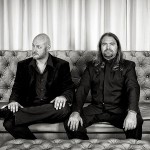 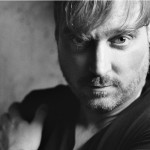