After a landmark 2012, which saw the launch of their new label Elevate, Pig and Dan talk to Change about what’s next… 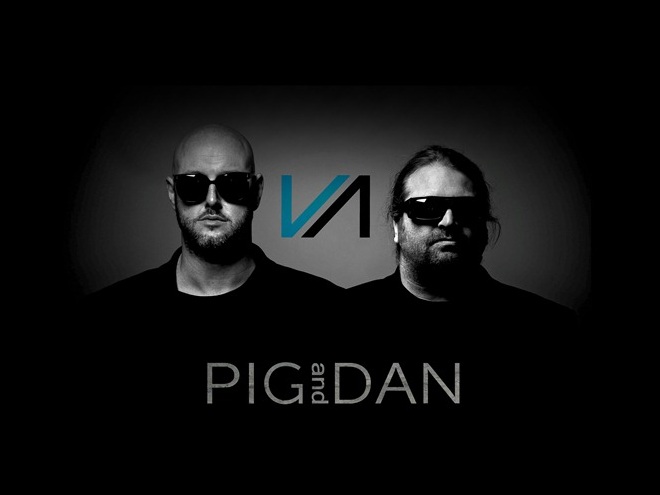 You’ve been making music together for over a decade now.  What have been some of the highlights of your career together?

There have been so many wonderful moments in these 10 years that it would take me a long time to tell you all of them… I guess one of the biggest one’s was when we came into the Cocoon family… giving a CD to Sven at the Cocoon dinner with our first EP oh yeah and being congratulated by him when we arrived in Amnesia after he heard the tracks in the car was an unexpected surprise and dream come true.  Playing the Amnesia terrace and main room for the first time were also very special moments for us because we had always been at the other end of the spectrum dancing to all that amazing music in that amazing club, probably our favorite…Also playing in the Pollerwiesen festival in Cologne in front of 8,000 people with the legendary Toby Neumann was a moment we will never forget…such a wonderful experience…

How has the process of producing music changed in that time, and do you think that these changes have been for the better?

Producing together for 10 years has been a learning and evolutive experience for both of us.  I think that you need to have chemistry with someone to be able to work with them in the studio,  something we had from day one but there have been tough moments where we disagreed on the directions of certain tracks. At the beginning we would actually argue and with time we have both learnt to accept criticism and get on with it.  We also take more time on our productions because we are always trying to find new sounds or new ways to create different tracks…we make music so we can play it in our sets and therefore have our own distinctive

Working with other people is a great process because you get different influences and something different comes out.  The thing is…there has to be that chemistry that I mentioned before, if there isn’t it can be a bit of a disaster…Making music is like cooking if u have the right ingredients and mix the right styles you can come up with the most amazing meals.  For example I love mixing italian and Japanese food mmmmm.  We always have collabs cooking in the oven, at the moment we are working on a track with an upcoming Djane called Rachel Lyn and there’s an amazing e.p. that we have done with Mark Reeve coming out on Waveform in the next few months that is a complete bomb…

You’ve said you try to bring a ‘smiley faces’ feel to your music. How does that ethos influence how you approach your productions, and which other producers do you think successfully capture that vibe today?

We believe that clubbing is all about having fun and the bottom-line is that we are entertainers.  The music is there to make people happy, to take them on a voyage, to let them express themselves and stop worrying about their problems while they are dancing…Before we produced we were there putting are hands up in the air and dancing like madmen to the beats and that’s what we try to visualize when we are making music, we try and imagine how it would sound on the dance floor and how it would feel, its pretty interesting doing this sober on a weekday morning.

You’ve released music for some of the most established labels around (including Soma, Bedrock, Cocoon, and Tronic) as well as up-and-coming labels such as RELEASE.  What factors influence the labels you choose to work with?

At the beginning you just want to release music so you pretty much go with any label, but as time goes by and you see that your music works you become more selective and of course you release on labels that you’ve always liked and respected… its like getting old, you become more selective and you have less but better friends…for now we are pretty much sticking to Soma, Bedrock, Cocoon, Tronic and our own label Elevate…

Last year saw the launch of your new imprint, Elevate.  The label’s already seen one release from yourselves, to be followed soon by an EP from Patch Park, and there’s been talk of a subsidiary to showcase groovier house and techno sounds. Can you tell us a bit more about what in store from the label?

We are very excited about our label and all the people that want to be part of it…For us these labels are about the music we love,  we believe that there’s a different moment for different intensities of music.  That is why we decided to open Elevate groove which is gonna be more of a groovy organic house sound….We have great artists like Matador, Daniel Stefanik, Cristian Smith and Guti ready to remix for us and have new original tracks coming from artists like Mark Reeve or Basti Grub we can’t wait to get all the music out there!

Elevate is your third record label, after earlier successes with Submission and Sonic Society. What does it take to run a successful record label, and how will Elevate differ in its ambitions and sound from your earlier

We think its like everything in life,  you need hard work, perseverance, consistency, self belief and time for anything to be successful.  There is also the luck factor of course, the difference between Elevate and our other labels is that we are more experienced and have learnt from past mistakes which means we can make it even better and be even more creative…We also have the privilege of having Mr. Pauli Steinbach in the team and his past experience as the Cocoon recordings label manager is a great asset for us… as for the music, its about what we love…

What were your best gigs of 2012, and what are your favourite clubs and locations to play in at the moment?

We had many good gigs last year but the one’s that surprised us the most were WYS at Fabric, Suara at the Egg and our gig in ADE with Bla Bla for the simple reason that the crowds were just fantastic and feeling the music to the maximum….

What else have you got lined up in terms of releases, gigs and other projects for 2013?

Loads of new stuff coming up in 2013, as I mentioned before we have a fantastic release with Mark Reeve on Victor Calderone’s waveform label, we also have a track on the Cocoon 100th release coming out very soon….Of course some more releases on our label Elevate and a beautiful Bedrock track on the WMC compilation com ing out soon…As far as gigs are concerned we are really excited to be playing in the Bedrock tent at ultra this year and the Tronic pool party with our good friend Cristian Smith…Also we intend to build up Elevate as a label/brand finding new artists and creative way to get into our audience’s skins

2012 saw Soma’s release of your second full-length album, marking ten years of working together. Any plans for a third

Absolutely as long as we are alive and working we will have new albums in store for our listeners.  This year we want to make 2 albums, or one album with 2 parts…First part would be more orientated to the dance floor as we have done in the past years and the second part would due more for home listening or day listening,  we can’t really say more because its still an idea brewing in our creative cauldron…

With over 20 years of collective experience producing, DJing, and running record labels, what advice would you give to those starting out?

Very simple, follow your heart and believe in yourself….If you really want something and you are willing to work for it and go to any lengths without hurting anyone or anything then you will achieve success! 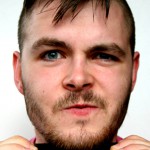