‘Mindfulness’ is the third studio album from Antwerp’s Max Cue, and fittingly it’s being released by Paul Hazendonk’s Manual Music, the Netherlands-based home of all things house and techno. The album sees Max Cue take his distinctive take on melodic techno to a new level, with beautiful orchestration and some stunning musical ideas on display throughout.

The title track kicks proceedings off, appearing first as a sinister and atmospheric intro, with a spellbinding cello lead, and rising, ragged percussion, then as a melodic techno number, where the cello and other strings swoop over a pulsing offbeat bassline and insistent hook. Between the string themes and the sense of melancholy that drenches everything, this really sets the tone for the rest of the album perfectly.

‘Lights Out’ is trippier, with intricate, interlocking melodies playing out over a hypnotic, propulsive bassline. This is one of the tracks on the album that seems more likely to work as a straightforward club record, though it works very well as a headphones-moment too.

Next up we have my two favourites from the album back to back. ‘Patience’ has a lovely swirling intro, which soon gives way to sawed strings, offering a nod in the direction of a more Detroit-inspired sound. It’s at the two minute mark that the track really starts to get a grip, as the strings fill out beautifully, soon accompanied by gentle pianos. The breakdown returns us to the stunning synths of the introduction, before the second half introduces a delicate woodwind melody that complements the strings perfectly. This is truly lovely.

Better still is ‘Emptiness’, a record steeped in emotion from its opening, and full to the brim with chiming melodies, drifting pads, and (of course) soaring strings. At once both uplifting and tinged with poignancy, this is utterly gorgeous, and the string-led finale in the final two minutes is devastating. This is the highlight of the album for me, no question.

‘Triangle’ sees the album move in a somewhat darker and tougher direction, with its discordant intro setting up a slice of Doctor Who-techno, with a spacey hook and a growling bassline. This was probably the track on the album that appealed least to me, though, since the musical ideas didn’t really click with me at all.

The single ‘Nothing Personal’ is up next, with heavy percussion and bass tones providing the foundation, and twisted licks, reverberating stabs, and high-pitched, floating melodies providing the cream. Personally, I prefer the more stripped-back Luis Junior incarnation of this track, but Max Cue’s original still has plenty to offer too.

‘Isolation’ offers a welcome break from the four-to-the-floor beats, as well as a return to a more melodic and moody sound, with dramatic synths swirling over a fluttering breakbeat, before an acidic bassline takes the lead. The acid intensifies nicely at the track progresses, leading to two fantastic climaxes as the melodies take the stage again.

Max Cue returns us to the floor with ‘Feuerzeug’, with its weaving bassline, and glitchy and squelchy sounds. The track builds to a surprisingly lovely chiming hook, but I was less keen on the rather sinister string parts in this track, however, and overall this was the other miss for me on the album.

‘Violated’ appears first as the most upbeat track on the album, with a motoring bass and zippy percussion providing the perfect basis for the track’s cello lines and bleepy neo-trance hook. The strings pick up halfway through, adding further emotional punch in the second half.

Finally, Max Cue offers us an ‘outro’ version of ‘Violated’, with the strings arranged over a chiming backdrop. I found this even more moving than the original version, and it provides a very satisfactory and emotional close to the album.

Max Cue’s at his best when delivering his beautiful, melancholic, string-led vision of melodic techno, and fortunately much of ‘Mindfulness’ sees him in this mode, though there’s still enough variety on offer to keep the listener engaged throughout. Terrific stuff from Max Cue and Manual! 8.5/10 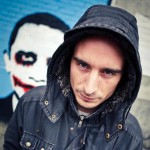 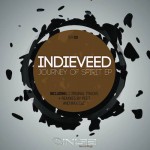