Hi guys, how are you? For readers who might not know you could you tell us about your background and how you got into music?

All good thanks, we’re a team of three guys with the same passion, Matt Simon and Luke, me (Matt) I grew up with the music inside my mind everyday, my dad was a DJ in the 70’s and a big fan of rock and funk music, Simon studied as a pianist at the music conservatory in Milan, Luke grew up studying piano from the age of 6, after that we all started djing in our country for a few years and each of us started producing electronic music separately in the meanwhile, until we decided to team up in 2014 starting marking music and writing together for us and for other artists. For artists, we could write all the usual underground acts, but growing up Daft punk overall for all of us, we come from three different music worlds, me (Matt) I used to listen to a lot of US rap music like Eminem, LL Cool J to name a few or something new like The Weeknd and Ty $ Sign, Luke is more classic with Queen and Whitney Houston and Simon with Dr.Dre and Deadmau5, but we have found our common ground with Daft Punk music and their house “french touch”, there is also a mutal love of real progressive house of the 90’s and early 00’s. Not what Beatport categorised it.

As a producer and an artist, who are your influences?

We knew Goodboys thanks to a common friend who sent us some of their stuff, after a year we decided to meet us in a studio in London working on a session all together in one room, after working on 3/4 tracks we decided to have a break and have some fun writing something different, something not standard for the scene, and that was the right moment when we wrote the first verse and chorus of Piece of your heart, everyone in the studio from the team was shocked at first listen at the end of the week. It wasn’t deliberate, the microphone was recording when he did that, we thought it was cool and put it in for fun.

The single has seen some great support through radio and streaming, including getting support from MistaJam.. What was this like to get support from a tastemaker such as him?

We will always be thankful to Mistajam who was the first one to believe in this track, our Mgmt team decided to test it out this track sending rough demo of it to him, he was really excited to come on board immediately pushing the track on his BBC dance anthems show first time in August 2018, that was the real start of the Meduza project.

Asides from this debut, you’ve reworked Friendly Fires.. Are there more reworks we can expect underway? Or are you focusing on releasing originals for now?

Reworking Friendly Fires was a really great chance for us, label and the group themselves gave us the opportunity to show our sound to the world before the Piece Of Your Heart release, we’re now focusing our mind and our work on the follow up and some remixes, we got really exciting stuff incoming but we don’t wanna reveal too much at the moment.

What more can people expect to see from you this year?

That’s a good question ha, this first month it has been really unbelievable and unexpected honestly, so we really don’t know what can we expect from the future, 100% new music, and not only, at the moment we’re working with our team to build up some live show for the summer and next winter, just need to keep our eyes open and see what will come next

Can we expect to see you play anywhere this year?

Yeah for sure, as said before we are working with a team and two big agencies like CAA and Spin to build up not only DJ set but later also a full live show possibly, we will announce more details in the future on our socials.

Lastly give us 5 tunes you would include in a set right now..

These are 5 I’m feeling at the moment..

Brett Gould – Get Down Mant

Listen to ‘Piece Of Your Heart ft. Goodboys’ 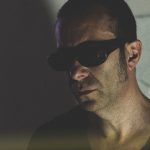 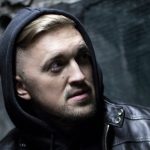