Omid 16B is an man who is no stranger to controversy. Today he spoke out about Beatport so we took some time out with him to find out what he was thinking of. 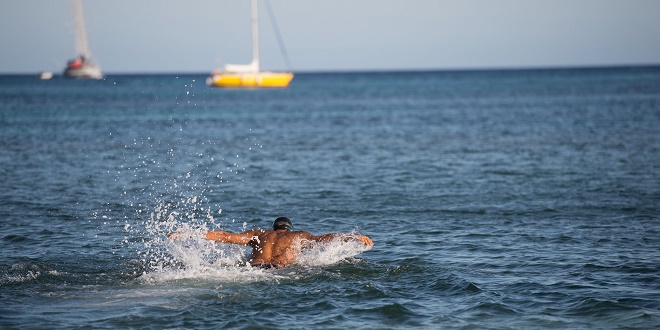 Omid, I think it’s time you got real with us all about why you’re on this truth crusade at the moment. What’s driving you? Are you here to help or to hurt?

Some of you may feel “its FRIDAY MAN !! Why with the serious post today?” why don’t you say something to make us smile?

I want everyone to know i’m letting my heart do the talking when I speak out. Some people think I may go too far sometimes? But unless we speak out we cannot be heard. Regardless if things are put in the right way or not, sometimes we have to say what’s on our mind.

I sincerely believe there’s nothing wrong in that. And there’s nothing right about not speaking out and staying in silence. When we share ideas together we give each other a NEW life and a new way to create change.

Is there something I’m doing that humans aren’t allowed to say or do? Is there some thing i’m saying that’s out of line? Or do I stay quiet and do what’s safe? And just take all the glory whenever its rolling in and run with it? I’m not down with that tbh.

We saw your post this morning about not giving Beatport exclusives. Tell us what that’s all about.

Firstly just to be completely clear… Beatport have always supported my music plus all the artists on the label and have provided a platform for everyone’s growth!  I strongly suggest we all appreciate that the scene has gone a long way through their intervention.

But Beatport isn’t the issue… we are the issue!  We are the ones allowing it to happen.  They are just doing what they think we want based on their knowledge, so its an easy process if you ask me.  If we can unify and change what we want by accurately looking at the issues that make some of us unhappy or some of us too happy, we can find a middle ground.  Then Beatport would provide that service. So I will say it one more time, Beatport isn’t the issue, we are the issue…

This is all about not allowing your self to be bullied in any way whatsoever… we should be the ones asking to do an exclusive with one retailer, not the other way around.  We should base our exclusivity on the retailer who works the hardest and who suits the music we’re releasing…

Let’s imagine everyone from Traxsource , iTunes , Beatport , Juno, Track It Down all had a fair chance to have everyone’s music sold at the same price all over the world. What could possibly go wrong? If certain labels feel one retailer is now doing a stronger campaign to promote the awareness then we can go to them and do an exclusive deal… but at present it seems like there’s only 2 big players that take most of the cookies because we aren’t doing anything about it.

So you’re not going to post details about features on any of your fan pages. Beatport are supporting you by featuring your music and giving you promotion. Do you think that it’s fair not to reciprocate and push them in return? What if Beatport get pissed off and stops featuring you? What impact is this going to have on your label plus the artists you’re featuring? Do you want to reconsider what you said? Did you put things across in the wrong way?

I’m starting this whole debate for the right reasons with the intention of creating change for the whole community.  It’s up to Beatport to decide whether they like our music and want to support it. From now on I won’t be posting about banners or chart positions on my personal account and fan page. I want people to support our stuff because they love the music. Plain and simple. If people want to keep in touch with what’s happening on the labels, they can check the fan pages for those. We’ll support stuff the features we get on those pages as we would for anybody that’s helping us. But I’m keeping my my own personal pages pure from now on. Those will be for my personal thoughts and feelings. Love you all x

Tell us about this Musical Revolution forum you’ve got going on and what’s the purpose of it?

The forum is a place where people can share their feelings and stories about what’s going on in today’s scene.  It’s not a place to name and shame or do harm. Anybody who tries to do that will be banned.  It’s a place where we can all chat openly about the issues that affecting us as a community and discuss actions.

How can people get involved with what you’re doing?

Join the page and keep in touch.  I also want to say thanks to you for all the great work you’re doing for the scene Mark. Respect brother!

What do you think about what Omid 16B has said?  Do you agree? Do you think we need more big names out there who are willing take a stand and look out for the interests of everyone? Do you respect what he’s doing?  Leave your comments below. 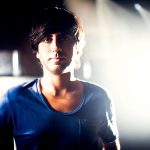 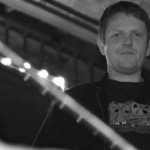