Maltese party Panthera has revealed its plans for the upcoming 2018 season.

Running every Sunday from 10th June until late September, the party will take place at Malta’s most exciting contemporary nightclub, the stunning 1000-capacity Marrakech Club.

The newly-refurbished open-air club is sure to prove a fitting location for this summer’s international guests, not least Get Physical’s M.A.N.D.Y., Diynamic’s Magdelena, Keinemusik’s &me and Israeli live act Guy Mantzur, all of whom will be playing at the club this summer.

Helmed by local promoters and all-round electronic music aficionados Dean Demanuele, Black Onyx and Ramzi, the night will steer its patrons toward a discerning and delectable electronic soundtrack of the type rarely witnessed in Malta. With a musical policy that features everything from tech-house to Afro-house, the party boasts a unique African vibe, complete with voodoo masks, lavish tropical decoration and an intricate Africa styles.

Forming part of Malta’s Gianpula Village, Marrakech Club is quickly earning a reputation as the island’s finest establishments for clued-in sounds. Featuring an impressive Martin Audio soundsystem, the DJ booth is a wooden hut-like shaped stage and fits seamlessly into the club’s all-round stunning décor. In 2017, DJ Mag readers voted the club the 58th best in the world in between iconic global clubs such as Space in Miami and Rex Club in Paris.

Marrakech – Back In Full Force This Summer 2018

Something has awoken in the jungle ?Marrakech – back in full force this Summer 2018.Summer schedule out next week ? 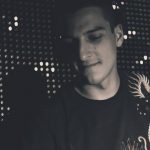 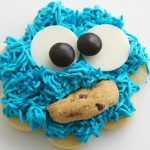