Robert Babicz is an electronic music legend whose new release is an analogue masterpiece.

Robert continuously pushes the boundaries of electronic music as an artist, consultant, teacher, and engineer. Among Robert’s more than 1000 releases are seven albums and a flood of tracks for labels including Bedrock, INTEC, Mille Plateaux, Systematic, Audiomatique, K2, Treibstoff, SUGA, Punkt and Praxxiz. In recent years, he has focused increasingly on his own imprint, Babiczstyle, which epitomises his sound, emotions and ethos.

Robert’s exceptional sound-design, mastering and studio skills have prompted companies like Native Instruments and Apple to request his help on sound-design projects. He also teaches workshops on production and his music philosophy; and is one of the electronic music world’s most in-demand mastering artists. Fellow artistes from across the dance music spectrum trust Robert to perfect the technical aspects of their records while rendering the emotions and intention even clearer.

Robert also runs his own label DIRTCUTS which has been the home of his alter ego Rob Acid that’s an alias he uses for releasing and performing acid techno.

The new release on DIRTCUTS is a four-track EP made by Robert himself, but this time he has used his real name. They have been made using an Analog Modular System, with an end result that’s Hi-Tek Analog Funk Techno, which is both Raw and Minimal. 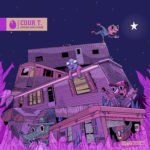 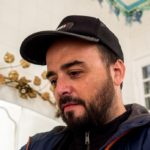