Ruede Hagelstein’s answers to our question about what pisses him off suggest he too feels the underground is starting to become too commercialised.

Hi Reude, tell us a bit about you.

The producing thing began when I was 14 actually. DJing around 15 years.

Very difficult, because no Internet, no Tutorials, no money, no idea, no one to ask about.

Ruede Hagelstein: The Deepflight EP for Upon You was designed for the label. I had a minimalistic vision of deep techno with a lot of sound design ideas. So it was kinda concept thing. Less melody, more trippy moments.

I am resident at Watergate Berlin, well Berlin is party round o’clock. I am playing every weekend and do 2-3 tours a year to far places. Right now I am in LA.

What really pisses you off about the scene right now

Well all my homies, Upon You, Watergate of course.. and my own label DUAT.

3 DJs, analog mixer, Keinedelay (if i am not to lazy bringing it ;))

Composing music for a big musical.

Some new Ruede Hagelstein remixes gonna be released within the next weeks. Especially the remix for Lea Porcelain is hot! Watergate Records EP is coming up early next year. Yesterday i was jamming the whole night with Ricoshei and Droog here in LA , so there will be something released next year. And I will spend more time in my beloved Studio without having deadlines. There was just to much pressure stuff to do recently. I want more chill and inspiration for the end of the year. 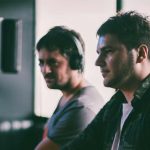 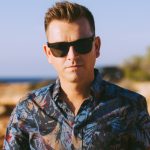