The title track ‘Totality Symbol’ sees Roger Martinez serving up a rolling, melodic sound, which dives straight in without ceremony. The feel and melodies remind me a bit of one of Slam’s best moments, ‘Ghost Song’, with catchy chiming hooks playing out over an energetic bassline. The two breakdowns up the dreaminess factor, with the second featuring a memorable vocal sample which helps to set up a wicked drop.

‘Endless’ is supposedly the B-side here, but for my money, it’s the stronger of the pair. Groovier than its sibling, the central organ theme immediately starts to drift over the terrific percussion work, building to the rush when the bass is introduced. I could have done with the ‘funky’ sample, which felt at best like an exercise in repeatedly stating the obvious, but it didn’t come close to spoiling the track for me; this is warm and uplifting, and sure to be an essential part of the summer soundtrack this year.

This is a delightful package from Sudbeat and Roger Martinez, with both tracks bringing the sunshine, and ‘Endless’ leaving the biggest impression. 8.5/10 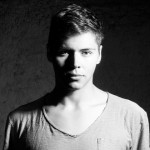 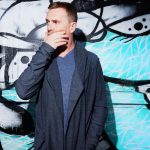