Rudosa has been setting the techno scene alight as one of the genres most exciting new talents championed by everyone from Alan Fitzpatrick to Carl Cox.

Based in Manchester, many first knew Rudosa as a resident of the world-famous Sankeys night club where each week he would get to showcase his exceptional DJ skills.

These days Rudosa is no longer a warmup DJ having become headline booking in his own right with international gigs across Europe and further afield.

Although an exceptional DJ as this mix shows, Rudosa has carved out a name for himself following his many releases on some of the best labels in techno.

Alan Fitzpatrick and Carl Cox have both released his tracks on their respected labels We Are The Brave and Intec, but his music has also been signed to the likes of Suara, Respekt, Odd Recordings, Noir Music and Phobiq.

This set posted exclusively by Change Underground as part of the fortnightly CU Techno Podcast was recorded live in Germany at Jeden Tag Ein, and it fully captured the energy he brings to a club.

Rudosa recently launch his own label Moments In Time, and you can buy the first release from HERE 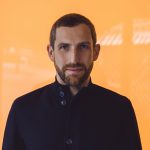 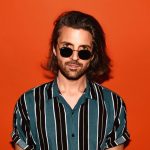