The seasonal series has become much anticipated from the Belgian imprint who always make the most astute selections for the project. This edition rings in the coming of warm weather with fresh new music from Walls Of Arctica, Paul Deep & Martin Gardoqui, Ilya Gerus and Sebastian Busto.

The release begins with Walls of Arctica who are making their first appearance on the label. Hailing from Helsinki, Finland the duo are embarking upon just their second ever release following a well received EP for Kvadrat Records in February of this year. Their contribution here ‘Lonely Nights’ is a gorgeous slice of deep house. Funky and atmospheric, the piece flows through indie-esque vocals and luminous textures before a more distinct melodic motif initiates the main break. Razor sharp synths bring an electric vibe, shifting the flow into an exhilarating third act that sounds tailor made for late night play. Beautiful work from the Finish duo.

The EP’s second selection is provided by Paul Deep & Martin Gardoqui who are making their second appearance on Sound Avenue. The Argentinean duo made their debut on the Belgian imprint in August of last year with a remix of LOM’s ‘Lonely Time’. Now returning they present their first original production for the label entitled ‘Jiva’. Long noted for their distinctive progressive sound Paul and Martin go into deep and emotive territory with smooth grooves and warm moods. Organic percussion, hypnotic motifs and a gorgeous textural overlay highlight the first act. Spacey arps lift the mood during a captivating break before a delicate drop transitions the piece into a radiant third act. A delight for the impending spring season no doubt.

The EP’s third selection is provided by Ilya Gerus who is making his first appearance on the label. Formerly known as Ilya Deep, the Russian artist has a long history in progressive music with a discography of over 300 titles. Now stepping up for the biggest release of his career Ilya presents ‘La Rosa Profunda’. Maintaining the deep, enchanting vibe of the release the piece brings a luminous storyboard filled with distinctive drums, inviting atmospheres and a meditative core. Rolling rhythms and a heightened tension bring just the right amount of drama before the smooth groove takes you home. Gorgeous music from Ilya.

The release concludes with Sebastian Busto making his Sound Avenue debut. The Argentinean artist delivered his ‘Moving Forward’ EP for label affiliate 3rd Avenue in November of 2015 and has since become a regular in the playlists of Hernan Cattaneo. Sebastian’s pure progressive sound has become a favourite in the underground and he closes the release out with his latest creation entitled ‘Catharsis’. Rough and rugged from the outset, it not only comes in as the most peak time selection on the release but boasts an incredible atmospheric storyboard. Alien-like effects and warm, fluid textures converge for a multitude of gorgeous moments, before a near two minute break delivers the ultimate dance floor moment. A massive production from Sebastian who is no doubt someone you’ll be hearing a lot more from in the future. Sound Avenue sets you up for Spring in fine style with four quality selections here. Highly Recommended. 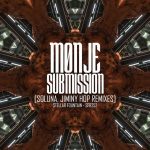 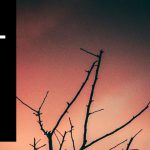