Stellar Fountain’s latest welcomes Monje to the label for his debut single.

The Argentinean artist has just one credit on his discography and it’s a remix of Moby’s ‘Don’t Leave Me’. Released last November on the MetaPop label the package also included a remix from rising star Reinier Zonneveld. Now embarking on his first original project Monje presents ‘Submission’ alongside remixes from Soluna and Jiminy Hop.

Much like Monje’s Moby remix ‘Submission’ is quite strong. Built around a groovy foundation and smooth chord changes it’s progressive minded to the core. Ethereal elements slowly surround the framework and bring moments of delicate beauty. It’s airy nature gets further explored during a spaced out break as plucked melodies and warm bass swells deliver just the right amount of emotion. A gorgeous production from Monje.

Both remixers are definitely on the rise right now as well and add wonderfully to the release. Colombian artist Soluna is fresh off his best ever production, a 12 minute remix of ‘Alliance’ by Paul Deep & Martin Gardoqui, released courtesy of Clubsonica Records. Here he brings something special once again with a glowing interpretation of ‘Submission’. Much more indistinct and a touch trippy it’s an amazing nine minute journey. From minimalistic yet groovy beginnings comes a lengthy breakdown. The near three minute centerpiece serves as the perfect emotive core with wispy textures and sun drenched melodies all leading to a magic moment. Another gorgeous production from Soluna.

The release concludes with Jiminy Hop making his first appearance on the label. The Russian artist has been solid contributor to both Balkan Connection and Clinique Recordings of late with his most recent outing being the ‘Expecting of Miracle’ EP which currently sits in the Beatport progressive house chart. Here he makes his Stellar Fountain debut in style and closes the release out with a strong interpretation of ‘Submission’. Coming in as the most club friendly mix on the release it’s tough beats, meaty groove and swirling sonics seem primed for peak time action. The break comes early and what a gorgeous interlude it is with elastic bass shifting through chord changes while airy melodies lift the emotion higher. It all drops out into a more electric sounding transitional section which sets up a killer drop, ultimately carrying the track to an intense yet emotive conclusion. Gorgeous remix from Jiminy and another great offering from Stellar Fountain. Highly Recommended. 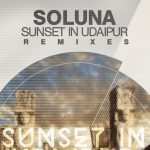 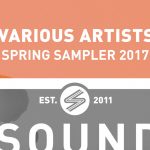