Today we caught up with Musicogyny founder Emily Gonneau to learn how the project plans to expose sexism in the music industry.

Hi Emily, thanks for agreeing to chat with us.  We’ve taken a look at your Musicogyny blog on Tumblr and it seems like a really great idea.  Can you let us know what you’re hoping to achieve with this project?

Sexism in the music industry is rife. We’re looking to build an anonymous online community where people can share their own personal experiences without fear of reprisal.  We believe speaking out helps breeds change:

1/ We want people who experience and/or witness sexism in the music industry to realize they are not the problem and certainly not isolated cases. The people who are discriminated against in this way are fearful of speaking out.  We want to change this.

2/ We also want people on the receiving end of sexist remarks or attitudes or those who witness them, to know there is an accessible place where they can express themselves and share their stories safely. By safe, I mean that they can contribute anonymously and that people know they will never be judged for what they share; they will never be asked to justify themselves when they decide to contribute or ever be asked to amend the tone they feel best expresses their anger, frustration of disillusionment.

3/ We hope the project will not only raise awareness, but also bring many people, both women and men, to simply question their daily attitudes to sexism (passive cautioning by silence or plain perpetuation of the system, in order to survive professionally for example). Interestingly, many men have also come forward to say they liked the Midem article “what being a woman in music is really like” because they could concretely understand how to promote change, by leveraging their own privilege; and/or that it lead them to reassessing the invisible advantages of their own position, to try to stand in the shoes of their female colleagues as systematically as possible.

4/ We want to see a deep change at all levels, on how women are perceived in the work place and ensure they are allowed to pursue their dreams and ideals on the same terms as the men in the music industry do. I guess it boils down to creating widescale awareness and accelerate the process towards a tipping point and deep shift in attitudes towards women (artists and music professionals alike) in our industry.

Why do you believe there is so much sexism in the music industry compared to any other sector?

Sexism pervades society as a whole and the music industry is no exception unfortunately. However, there are 2 factors that make it a little different:

Do you believe the ideologies and attitudes portrayed in the music industry, be it through scantily clad women in rap/dance music videos etc… either contribute to/condition general society’s overall view on what is ‘acceptable’? And is that the reason more people don’t view sexism as an issue?  Because it’s normal to think and or behave like a celebrity/popstar?  And has this type of mindset become ingrained in our attitudes?

Obviously, the more some images and clichés are repeatedly circulated, the more they become a norm or considered as such.

However, the most pernicious consequence of seeing women in essentially sexually charged situations, or inferior/secondary positions, is the fact that the next generation has nothing else to identify to in the mainstream (or very little).

Girls become convinced what they see is their only destiny.  Boys are induced into thinking their superiority to women is normal, to the point they may come to react very violently if and when confronted to a woman who reverses the role play.

So if girls are never prompted to consider themselves, as anything else but a by-role, at best, or a consumable object at worst, we shouldn’t expect them to initiate a revolution and break away from a system that is quite happy for them to they stay in the background (especially if they are made to feel guilty of a violent reaction if they ever decided to challenge the status-quo regardless).

I also believe that all media and creative industries –again, there are exceptions- have generally fallen into the trap of the dark side of the internet. When you think of it, traditional media always had to compose with the limitations of their formats: space and time. So you would imagine how amazing the internet could have been had they all (or at least a majority) put the disappearance of these 2 major limitations to good use by focusing on the long term and qualitative content. Except… that never happened on a large scale: it’s all about the number of clicks, the levels of our click-through rates and so on an so forth. Quantity over quality: this has lead to over-focusing on the superficial (gossip and summary judgmental attitudes to beauty etc..) instead of promoting a message in depth.

I don’t believe the music industry is manipulating us: I just think too many people are so lazy and/or frightened for their positions, that they just want to secure a “hit” with the comfort and reassurance that go with it. They don’t give a second thought to the fact they might be yet again be mistaking their subjective impression of what their core target wants with a thorough objective approach where a proper market study could give them valuable information and take the risk of surprising them (and forcing them to challenge their own views and working habits).

Do you believe that a poor education for many, plus business controlling media, is to blame for how people are taught how to think?

A good education is crucial for the younger generation, to develop as much critical distance as possible with anything that is said, especially when it is said by a very large number of people online. However, I also believe we need to assess what we teach the next generation: if it’s just about repeating the antiquated messages we thought were universal and timeless when they were only in part suited to us in the past (hey, some of us grew up without internet or smartphones at the same age… !!), it’s quite pointless if not counter-productive.

There are good things at every step of the way, the current and older generation should really stop talking down to “young people” and actually see them as fully capable people already. Empower people and they will give it back to you triple.

Should we start getting tougher on sexism and start banning sexist lyrics and images in videos?

I don’t believe in censorship for moral reasons, especially if we want to “reason” the younger generation: in fact, it’s likely to make them rebel, because we are not treating them as adults. Equality needs to be seen as the cool thing to do, not the opposite.

And whilst we should definitely tackle the problem with the younger generation, it doesn’t mean we should feel exempted from working on our own generation and identifying what we can change immediately.

We could work with broadcasters to ensure a wider panel of role-models/situations people can identify with and give artists that promote non sexist visuals more visibility. We could drum up innovative and successful marketing strategies to prove intelligence sells, that equality sells, and that sex maybe doesn’t sell so much anymore. We could also ask top execs in the industry to commit to concrete measures as to how they intend to promote change and end sexism in their work places. But for all this to happen, we need to see widespread mobilization against sexism from the bottom up and that is what musicogyny modestly would like to contribute to doing.

How can people make a positive change?

If it would be one single thing, it should probably be helping every human being to develop a critical mind, to encourage them to think for themselves and on their very own terms. The reason it’s so important is that a critical mind is usually proportionally reduces any form of prejudice: prejudice (on gender, skin colour, religion, body shape, age, sexual orientation, cultural background etc etc…) is the mother of discrimination and injustice in society. And without a majority of critical minds, only the most irrational ideas and defensive, scared people decide of our future! …not my idea of something we should look forward to…

What are the dangers for the music industry if we don’t begin to address and tackle this problem?

The dangers are double:

How do you believe Musicogyny will make a difference?  Who should get involved?

Everyone is affected, everyone should get involved. In their own sweet time for sure, although it is to be hoped that once the penny drops, we hope the prospect of a future where everybody’s dreams are valid could motivate a majority of people across the industry to change at their level.

The story of women in the music industry is a story of legitimacy and entitlement. Or lack thereof. Inferiority leads to illegitimacy, a pervasively deep-rooted problem. Except there are factually no grounds for being convinced of our own inferiority. Women should know their place isn’t only at a man’s side, at the back of the room or at the bottom of the organisational chart: it’s right where they want to be and on their very own terms. And there’s no need for them to justify it to themselves either.

Who else is involved in the project?

There are 4: Lucy Blair and Alison Lamb, fellow Brits and Midem bloggers as well as admirable female music professionals; Kira Grunenberg an American music journalist now Midem-blogger too whom I’d met via Twitter some time ago and last but not least, James Martin the chief editor of the Midem Blog whose idea of writing an article on women in the music industry it was in the very first place (and I cannot thank him enough for thinking of me to do so). 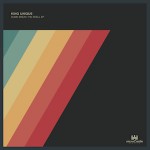 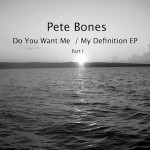