It could be a lot of tracks and artists. But one of them is maestro – deadmau5, whose music completely took me into electronic music spaces. His old production is super good, but one track is impossible to forget. It‘s “Slip”. Sadly, he’s often heard more as the mainstream scene critic than as a producer now. Although his new album redeems everything.

The first performance I had in school as with many djs.  And the last bigger gig was at Radistai Village festival in Apple’s island in Lithuania. Also couple weeks ago I have played at Mojo Lounge in Palanga beach near the Baltic sea which was broadcasted live on ZIP FM radio station.  This live dj set you can listen on my soundcloud page.

The first track as I remember was something from trance stuff. Maybe it was Dirty Vegas – Tonight (Above & Beyond Remix). Long time ago I was this kind of music fan. Absolutely nostalgic.
https://www.youtube.com/watch?v=OQBL1uWRRpk
And the last track is from my good buddies. Omid 16B – Free (Arnas D Remix). Full support to them.  Everyone producer can jealous this kind of atmosphere on their own works.
https://www.youtube.com/watch?v=ZZYAl9DJaO0

I’m moving forward gradually, in small steps. But the biggest highlight of my career was when I started to produce my own music. Because nowadays is not enough to be just a dj. To become good and known artist you need to provide something from your own – start to produce music. It also helps to create your own sound, image and audience attitude to you as an artist. Don’t forget the pleasure of creating music! I think many people would agree with me.

I am a healthy lifestyle maniac. I always have to spend few hours in the gym or jogging in the park before starting a new music project. I think it was influenced by that I’m studying in Medicine faculty of Vilnius University.

Phonic  Scoupe . I can’t say that they are undiscovered talents, they are raising talents. These guys have their own unique sound of music. And it’s very important to rise up on high of career.

It depends on fashion, new music trends and waves. It’s constantly changing. But now for me the most inspiring person is Marijus Adomaitis as know as Mario Basanov and Ten Walls. His achievements, approach to music and career have to inspire many artists. Very proud that he’s Lithuanian.

Remixing the bands and vocalists it’s one of the most interesting thing of producing. So on this day I really want to do official remix for GusGus because their new album “Mexico” is more than amazing.
https://www.youtube.com/watch?v=HmahrKHVDFg
And I would love to be remixed by many well known artists. It’s very hard to pick only one name.

9.Record labels are a dime a dozen these days and the majority of people feel most of them are mediocre music factories. Which ones if any standout for you?

Yes, there are a lot of dumb labels and much more bad music. The main problem of labels is that the music releasing too often. But at the same we have to be happy that there are not one amazing record label which constantly releasing a lot of quality music. Suara, Alive recordings, Hope recordings, Crosstown Rebels, Alola, Sexonwax, Boso. I always playing these labels music on my dj sets. Also I will have my own release on fantastic label SexOnWax soon.

Hard to describe the best compilation of all time, but my favorite now is “The Soundgarden” by Nick Warren.  A lot of good music in this compilation. I already played few tracks from here – works perfectly.

I’m not even hesitate and choose the Frankey & Sandrino “Save” or Pachanga Boys “Time”. 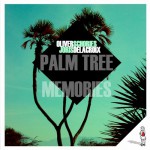