DJ and producer 747 hails from Vancouver, Canada, but is currently based in Berlin. He has truly established himself with this series of EPs and continues to impress with each new part. Like his hypnotic DJ sets, his tracks are constantly evolving with a mixture of lush pads, dreamy soundscapes, and the sonically pleasing sound of the 303. Inspired by the sounds of Berlin, Detroit and acid legends, his high-fidelity sounds is tinged with an old-school filing and manages to be uplifting yet melancholic and often feels like a journey with no destination.

Thanks for having me. It’s been a great year so far packed with some exciting milestones. I think the most exciting has been watching the reach of my Aurora Centralis EP grow so quickly – selling out of the first pressing solely through the Aquaregia shop and reaching over 1.5 million views on Hate’s YouTube channel. I never thought my music would get this kind of reach, especially as it really only started to pick up in 2018 – six months after it was initially released.  It’s been surreal to watch it all happen in such a short amount of time. It makes me even more excited and motivated to continue putting out music and to really get my gigging schedule filled up for the end of the year and into 2019.

This year you’ve been doing a fair amount of travelling, playing in France, Ireland and Canada. Do you have any favourite cities and clubs and why?

The travelling has been really fun, though quite brief which is a bit of a shame as I don’t get to see much of the city. That said, it’s been great to experience the techno scenes in other cities. They’ve all been very welcoming and I’ve been pleasantly surprised with how busy the nights were. It’s probably too early to pick a favourite club or city as I still have so much more of the world to see, but both Paris and Dublin were awesome.

It came about pretty randomly to be honest. When I was younger and first starting to play around with DJing and music production I’d see the number 747 everywhere – license plates, clocks, price tags, street signs and it has stuck ever since.

We’ve heard some of your stuff from Paleo Pt. II recently on Charlotte de Witte’s RA podcast and Radio 1 essential mix, and now you’re releasing Paleo Pt. III. What can we expect to hear from the release?

Both tracks on the release feature the 303 as the centrepiece, as the rest of the Paleo series does. I tried to get away from the usual looping nature of techno in Astero Ceras and the acid line is the result of an impromptu recording session while playing 303 notes on a keyboard. It was a refreshing way to put an idea down instead of drawing notes on a piano roll or programming a sequence. I kept Suture Lines in the same key as Astero Ceras to retain a similar vibe and emotion, but it’s more hypnotic and with a tougher kick – it’s been one of the highlights in my sets.

Can you explain the concept behind the Paleo series? How many more releases will we see from it?

In the studio I’ve been playing with a certain style for the last year and a bit – melancholic pads and chords, musical acid lines and the same sort of booming kick. Paleo really encapsulates the essence of this style and we went with the concept of a series to link the parts together in an almost album-like way. There are four parts in total, but the tracks on Pt. IV are vinyl-only. The entire series will be available on a 2×12” vinyl with each side corresponding to a part and it will be out everywhere in July.

You’ve been into production from the relatively young age of 16. How did you get into electronic music in the first place?

Growing up in Vancouver it was easy to be influenced by the scene in California with Hard, EDC when it was in LA, and Coachella being some of the closest festivals to us. I think it’s pretty different there today, but back then it was music like Justice, Daft Punk, Boys Noize, Soulwax, Tiga, and MSTRKRFT dominating that scene, and Vancouver would often get those same bookings. So for me, I really got into electronic music through that type of music, and I was fascinated with the concept of DJing. Luckily at the time, my friend had inherited a club’s backup set of CDJ 1000s that his dad owned and from there I quickly got into DJing and eventually producing. Through digging for new music and travelling to new places, my taste has evolved from electro to the acid techno style I’m into today.

Can you name me three tracks you have in your collection that never fail when playing out?

Tin Man – Viscosity Acid (or basically anything else by him.) It’s simple and hypnotic acid from an acid master. Great mood starter for the beginning of my sets.

What can we expect to see in the near future from the Aquaregia label? Any upcoming releases you can tell us about?

After finishing up the Paleo series, I’m really motivated to do an album. I hope to have that finished and released in 2019! As far as the label goes, some nice surprises coming soon too 😉 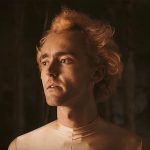 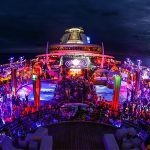