Andres Campo is quickly ascending to be one of the brightest stars in Spain’s vibrant techno scene. Having previously released on Second State, MOOD, RUKUS, and Odd Recordings, his latest EP was a three track release on Carl Cox’s label Intec.

Hi Andres, it’s nice to talk with you today. You’re based in Barcelona aren’t you? What’s the local music scene like this time of year?

Nice to talk with you also! Thanks! Yes I live in Barcelona, it has a great scene. There are a lot of clubs doing brilliant line-ups and a variety of styles, with good sound systems.. Christmas is coming so there will be tons of amazing parties all over the city for sure.

I’ve been following your releases for a while, and would consider myself a fan of your sound. Have you always produced techno, or was it another genre that first got you into making music?

Really! Thanks! What a honour! 🙂 Here I will say that my style is techno, but when I get into the studio sometimes I let my mind flow.. I also made tech-house stuff in the past, but nowadays I’m focused in techno,; want to produce the sort of music that I’m playing out in my sets. I actually started off producing trance and hard-house music may be 15 years ago (time flies!)

You have released on many great labels and your most recent EP was out on Carl Cox’s label Intec. Could you tell me a little about the tracks on the release and its concept?

Cyclone is a proper floor oriented EP; the 3 tracks are solid and intense, I think is my most straightforward techno EP yet.

Over the years I have spoken previously with other artists on the Intec roster, and often people say it’s a label they always wanted to work with because of their respect and admiration for Carl Cox. How big of a landmark in your career is this EP, and do you plan to work with the label again?

Carl Cox and Jon Rundell are two of my favourite artists, so you can imagine when they signed me with this EP.. it was a life goal achieved! Also seeing Carl playing these tracks has made me really happy and proud. If I can, I will release more music with them in the future. So Carl and Jon, if you are reading this THANKS!

I know you best as a solo producer, but you have often collaborated with Ramiro Lopez; how do you guys know each other, and do you have any future releases planned?

First date was at florida 135 in 2015 for the Carnival party, and from that we became very good Friends. Ramiro is one of the nicest guys around; in this industry, people like him are so special and needed. At the moment we don’t have anything else planned, but we make sure to fit in studio time together 2 or 3 times a year, so, yes, more to come 🙂

How is the DJ side of things going? As we are fast approaching the Christmas period, I know for some it’s a busy time in their DJ schedule with things like Boxing Day and NYE events, but others consciously book time off for some much deserved rest and relaxation… where do you stand on this?

I have a busy schedule, lately more than ever. I will work for Christmas Day 25th at elrow BCN with Bastian and Toni as our project TBA, NYE at my home Florida 135, and on NYD I will play in Fabrik Madrid… so, no time for relaxing! But I will visit Vietnam in March for some time off, can’t wait for that trip, to just relax and discover new places. I think it’s necessary to prepare for the hectic summer season.

Following the EP on Intec what’s next in your schedule, do you have any other releases before the end of 2018? Or what’s coming up in the near year?

I have a EP on Paco Osuna’s label Mindshake with a bomb remix from my beloved Eats Everything, and I’m super focused on our new label EI8HT that will officially launch in 2019. I’ve also got a remix for Dense & Pika coming up next year too on Kneaded Pains which I’m excited to get out there.

Thanks for taking the time to chat with us, and for those interested Andres Campo’s new release on Intec is available from HERE. 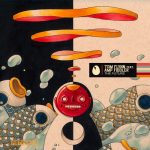 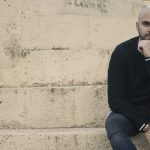