French trio of Dan Ghenacia, Dyed Soundorom and Shonky, are set to release their debut artist album ‘Tour à Tour’ under their Apollonia guise this October.

The three guys met in the Parisian after-party scene of the late 90s, where Ghenacia was a resident at the infamous underground after-hour, Batofar. After over ten years of music and friendship, they formed the DJ outfit and label, Apollonia, describing it as a meeting of “black music and white soul”. The trio have been showcasing their devastating back2back2back sessions in the best clubs and festivals the world over.

“‘Tour à Tour’ (meaning to take turns, or ‘alternate’) was created in a six-month studio lock down in Berlin in early 2014, and mixed down by Philippe Zdar (Cassius) and Alexkid. The album is meant to represent the continuous hypnotic, never ending circle of music that the guys create when they work together.

Check out the video above for ‘The Benshee’ which should give you a nice taster of what you can expect. 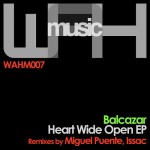 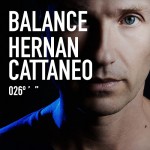