Berlin’s day/night 24x7x365 clubbing scene is a relentless marathon of clubs and parties, where day morphs into night and vice versa. On GU042, Patrice Baumel makes his best attempt to replicate the hedonism.

Anything goes in Berlin and that’s exactly what happens on disc one; whilst the second is much harder, edgier, and in the man’s own words, “aimed at the Berghain crowd”.

From the synth driven openings of ‘Crystal Castle’ this feels very much like a GU CD ought to. A brisk almost Xpander type intro leads us nicely into some uptempo and bouncy tech-house. Fifteen minutes in, as he unfurls Jossie Telch’s ‘Borders’, there’s a feeling we’ve arrived. ‘Expanse’ one of three of his own offerings, fits in smoothly and credit to him for placing this in the position he does. As the mix settles down, Baumel starts to ease through the gears. Tracks 11-14, Ripperton & Funkform amongst those, finally sees him get his head down. The mixing is tight, controlled and focused. Before we know it, we land at Nicolas Rada’s excellent summer anthem ‘Cumulonimbus’, there’s a crowd favourite from Pig & Dan, ‘Lost Another Angel’, and we end as we began with another Marcus Guenter track ‘Look At Me’. It’s a good solid start here for sure!

The second mix is more deliberately more aggressive and the shackles definitely come off! The opening salvo of tracks 1 to 4, including another of Patrice’s new tracks, ‘Collider’ aims to position the listener directly in Berghain’s main room and transforms the mix into a throbbing, pulsating beast. The pace doesn’t stop towards the middle. Tracks arrive sharply and abruptly until Baumel throws in a sudden tangent. Guy J’s classic ‘Fallstar’ from 2011 is given a wonderful retouch, which is full of uplifting vocal stabs and soaring chords; it’s a highlight of the set so far. I thought from that track onwards the direction of the mix was set fair, but no, along comes the Fideles remix of ‘Jungle’ by Jayro, plunging us back into the filth, right to the climax of Adam Port’s seminal ‘Do You Think Of Me?’.

Overall it’s a great entrance into the esteemed halls of the Global Underground city series, yet it seems somewhat a late stamp in the passport for a city as important as Berlin. Personally I feel the city needed this, and Patrice delivers here with aplomb! It was never going to be easy to follow in the footsteps of his superstar predecessors, but GU042 definitely sets him on the way to being mentioned in those same hushed tones. 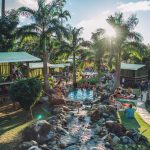 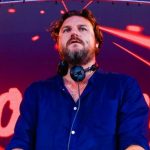