Cari Lekebusch is a veteran of the world’s techno scene, famed for his fast-paced mixing style.

Cari Lekebusch is a Swedish native who started his career in the mid-’90s, and over twenty years later remains to be one of the most respected DJ’s and producers in the world of techno.

Making early releases on his label Hybrid, he has kept the imprint a main source of his output, although its title has evolved to H. Productions. Along with many releases on his own record label, he has also featured on many others ranging from Drumcode to Mote-Evolver.

We feel truly privileged to have this exclusive mix from Cari Lekebusch, which starts out deep and hypnotic with a dark atmosphere adding to the intensity of the fast-paced rhythms.

Charismatic FX builds and DJ flair adds to the peaks and troughs as the mix flows with a tilde wave of forward momentum.

The tracklist features a number of Cari Lekebusch’s own productions, including “Spinnhead” and “Chopper Solo” that are both taken from his new EP on H. Productions, and can be purchased from HERE. 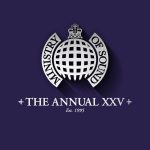 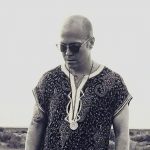