Hailing from South Africa and Greece respectively this is the first time the duo have worked together although Zan has remixed Cetera once in the past for Balkan Connection’s BC2 division. Their first collaboration is much anticipated and comes alongside two fresh remixes from Chris Drifter and Kamilo Sanclemente.

The release begins with the original mix and what a gem it is. Dark, driving and full of mystical charm, it flows through a series of killer vocal loops before unveiling a full phrase as the breakdown commences. The beats trail off as the atmosphere rises before twisted hooks intensify, burrowing further into your subconscious. It’s dramatic and exhilarating all at once, and when the groove drops it’s certainly a massive moment. A monster tune from Cetera and Zan Prevee.

The first interpretation of ‘City Lights’ is provided by Chris Drifter who is making his first appearance on Stellar Fountain. The Hungarian artist and Soundtribe Records boss has been pretty quiet in recent years so it’s great to see him back in the spotlight here. As a seasoned DJ, Chris always seems to have his productions on point for the dance floor and his remix here is no exception. The vocal narrative and mystical atmospheres remain but the framework and groove get a radical makeover. Well carved slabs of bass make it a much funkier affair and actually take the pure progressive feel of the track down a few notches. A quirky lead line and great drum fills make for an eventful first act while the break delivers all the tension and charm you could ask for. A great alternative to the original and one that could be played on a broader range of dance floors as well.

The release concludes with Kamilo Sanclemente returning to the label for his fifth appearance. The Colombian artist is one of the underground’s true gems. His creativity and production quality is quite astounding and he’s also had his work showcased by Einmusika and Perspectives Digital. He’s on form here once again taking ‘City Lights’ into contemporary progressive territory with amazing results. Much like Chris, Kamilo has revamped the groove considerably making it much more dance floor friendly as thick, well carved slabs of bass rippling forward with resounding momentum. The vocals come through nicely and with some added effects, while a more cinematic break brings a grandiose flair to the overall scope. A brilliant remix from Kamilo and one that the pure progressive DJs are likely to be playing a lot in the coming months. Don’t miss it. 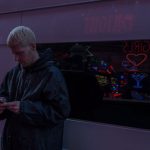 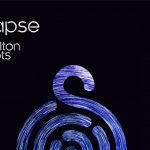