Nyra, what label do you manage and when did you take on the job?

I manage a label called Canoe and I started October 2016.

What did you do up to that point, what skills did you have that made you right for the job?

I have been in music for around 16 years now, for the last five years i was a professional cyclist, but before doing the cycling i was DJing a lot.

What is an average day in your life like? What jobs do you have to deal with regularly?

Day to day depends on what day really, anything from being in the studio, interviews, going through demos, organising future releases, dealing with the pressing of vinyl and submissions for releases, going through music for future gigs buying records 🙂

What are the best and worst bits of your job?

The best bits are seeing the finishing product, holding the record in your hands, taking it out of the sleeve and playing it for the first time, makes all the hard work worth while, the worst parts are waiting for the record to be produced, dates and timescales change frequently and it can be frustrating.

Does the label have its own sound that you are trying to stick to, or any other sort of mission you adhere to? Can you describe it to us if so?

The label i can only describe as a jack of all trades within the electronic music world, as long as the music stands out, the idea is release music that doesn’t follow trends, whether it be, house, disco. breakbeat. techno, jungle, jazz, brass, funk, soul all these genres have an influence in the music being released on the label, a real crossover of music but still always remaining on point.

How do you know if something is right for Canoe? Is it about the music, or the potential of the artist?

You know music is right for the label, when it gives you an exciting feeling when listing to it over and over again, i suppose you just have a gut feeling and know, its always about the music first, it has to be timeless music, that doesn’t date and will always sound great and on point.

All the music that we have coming out on the label at the moment is from friends, i feel they make so much amazing music i don’t have to go anywhere else, its right under my nose, we are currently going through demos from a good friend of mine and theres like 40 plus tracks it can be hard when theres that much music to choose from, the key is not to rush things and be sure if your decisions.

Generally speaking, i always like to be 100% on the tracks we sign, yeah there maybe a few mix down issue here and there, but i believe you shouldn’t change and mess with the tracks too much, because by changing them you are then taking the image/identity away from what the artist that first came up with the music.

How long does it take to get a release out there from when you first sign it?

It all depends on the pressing plant really, test presses can take two to three weeks then the final press can be weeks after that, so anything from 1 month to two months really.  More so longer with canoe with it being 180g vinyl, we have to wait until all the 140g vinyls have all been pressed, then they change thew moulds to 180g so longer for us, we are at the back on the cue, but its worth the wait.

We are not too much in to remixes at the moment, we the originality of the originals too much, that being said we wont rule out future plans for music on canoe to be remixed, watch this space i suppose.

What legal jobs do you have – do you make artists sign contracts, agree to deals, sort payment upfront and things?

Yes we have a standard contract that we get the artist to sign, i think this is the case with almost all record labels today, even with friends, you have to to cover everyone.  At the end of the day its a business. 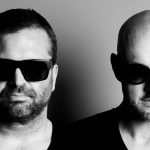 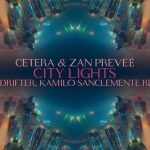